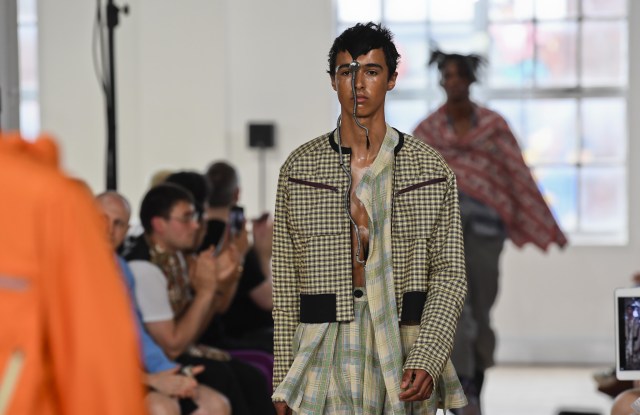 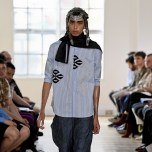 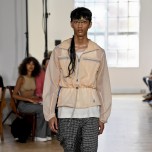 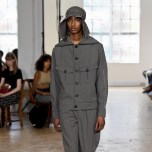 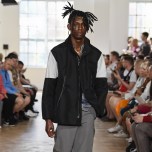 In his sixth collection, titled “Interviews by the River,” Kostadinov imagined men in an imaginary Bengal town going for job interviews and represented both the interviewer and the interviewee in different stages of the process of job hunting.

“You have people who apply for jobs or the military or a bank loan so you have all these uniforms representing different people,” he explained after the show.

Military-inspired outerwear featured softer shoulders and lower pocket placements while chef jackets were reimagined with a Nehru collar. Also included were button-down chambray shirts that were oversized and featured a motif taken from traditional Bulgarian carpets and nylon trousers that clashed baggier printed silhouettes with a more tapered track bottom.