Anarchistic boy scouts inspired by "Lord of the Flies." 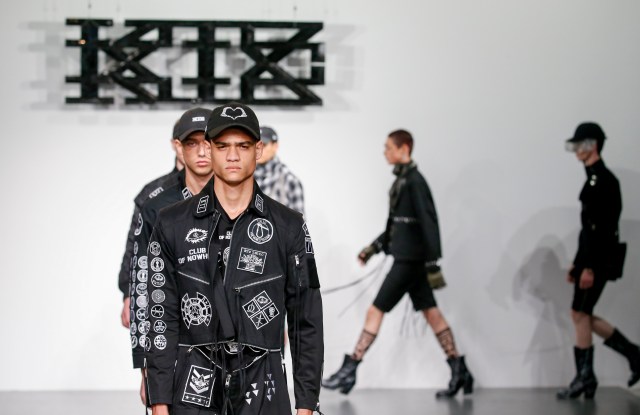 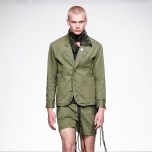 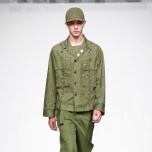 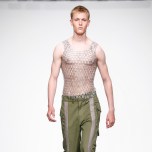 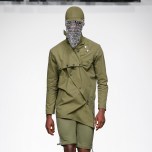 For his spring 2018 inspiration, KTZ designer Marjan Pejoski looked to the 1963 film adaptation of William Golding’s 1954 book, “Lord of the Flies,” which sees a bunch of British schoolboys survive a plane crash and try to eke out an existence on their new island home. Things turn nasty.

Pejoski’s take on this was not bedraggled and sandy, but anarchistic utilitarian survivors, with boy martial scout references blended with nods to modern urban tribes like punks and travelers. It was more subdued than previous outings, but that’s not a bad thing, even if the overall effect didn’t quite convince.

Working with a strict palette of khaki, black and metallic silver with hints of white in the embroidery of stylized merit badges, things began in a Baden-Powell vein: a khaki blazer with matching shorts, seams held together with silver staples, then a field jacket and pants, worn with matching cap, that recalled the uniforms of Vietnam War troops.

A parka, bomber and poncho came covered in childlike text, with depressing words like “failure,” “not interested” and “evil” in the mix. Metal mesh trim on scarves and jackets hinted at chivalric mail armor, but the beer can ring pulls that Pejoski used as veils on baseball caps and in a tank top failed to hit the mark.