The designer conjured a spirited collection, one that struck a delightfully quirky balance between vintage and contemporary sportswear. 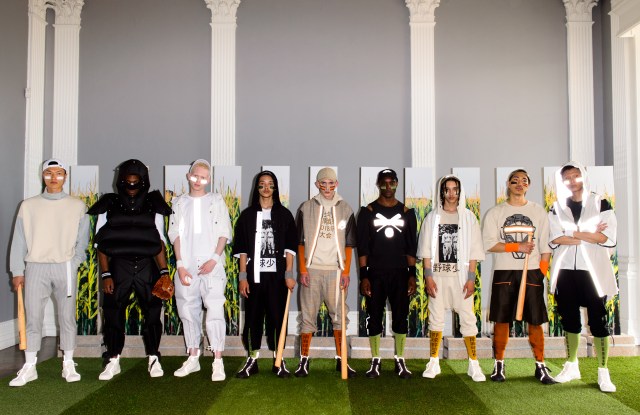 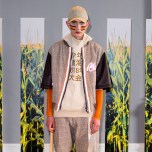 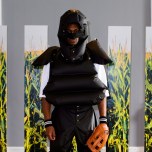 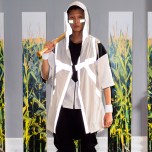 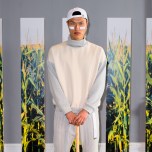 A good sports reference never gets old. And Michiko Koshino’s went as far back as Forties Japan, when baseball became one of the most popular sports in the country and mesmerized her as a little girl. The designer drew on those childhood memories to conjure a spirited collection, which struck a delightfully quirky balance between vintage and contemporary sportswear.

Koshino did so mixing fabrics that were not a natural match at first sight, but that blended on closer inspection: Cue tartan wools next to reflective nylon and noble pinstripes juxtaposed by heavy athletic jersey, channeling the season’s highbrow-lowbrow attitude. As is often the case with an attire as ubiquitous as sportswear, it was the little details that proved a game changer: A cozy sweatshirt came with a standup collar, precision layering made a modern baseball jersey look like a new genre of outerwear underneath an elongated hooded vest, while the designer’s signature inflatable pants telegraphed relaxed chic via carefully administered side pleats and subtle ribbon details.

In the end it was the silhouettes that left a lasting impression, as Koshino brought the might of her pattern-making skills to the fore. Among the standouts was a pair of roomy knickerbockers, artfully gathered at the knee, whose dropped crotch would surely appeal to the more high-flying kids in the streets today.