Daley held his first presentation as a part of BFC's NewGen sponsorship. 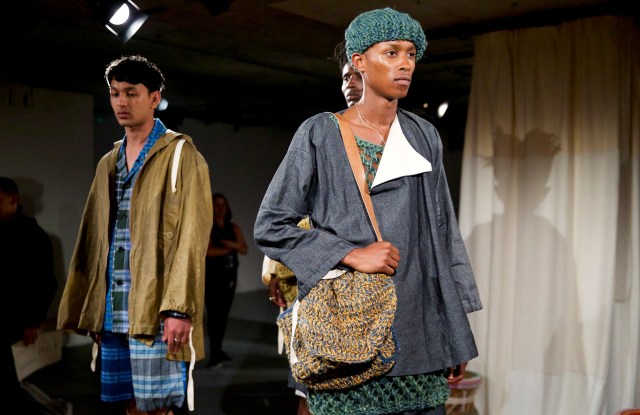 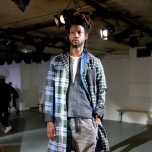 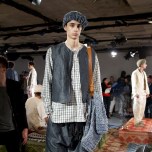 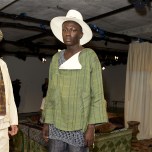 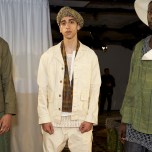 Nicholas Daley held his first presentation as a part of BFC’s NewGen sponsorship, with the British designer contemplating the notion of diversity and multiculturalism while investigating the histories of fabrications.

Daley’s quest into his own heritage led him to explore his Scottish ancestry and materials such as tartan. He discovered that in the 19th century, textiles were traded between South Asia and Britain and placed his focus on the madras check as an ode to the relationship between the two cultures. Daley scoured the Victoria & Albert Museum archives and browsed through madras prints from different eras — including rare patterns from 1855.

His blending of cultures and fabrics translated into an impressive display of well-constructed separates with silhouettes that felt fluid and had an androgynous feel.

Championing British craft, the designer sourced his materials from British mills and teamed with Glenisla, Scottish kilt designers, on a kilt woven by J.H. Clissold & Son as seen on a knee-skimming kilt. He layered a lightweight dry wax parka jacket in a stone hue for a more contemporary feel.

Daley kept in line with his trouser design from his Central Saint Martins graduate show with pants that came loose and languid with pull cords at the waist while others were high-waisted.

The designer employed an Irish cotton tartan on a long sleeve blouse, which was worn with an Irish denim linen vest with enlarged pockets. This was paired with roomy trousers of the same fabrication that were loose around the hips but slightly gathered around the ankles.

A long lightweight tan jacket in a Scottish dry wax was styled over a white crochet knit top, loose green plaid trousers and a printed scarf.

Daley teamed with musicians Nabihah Iqbal, better known as Throwing Shade, and Golu Singh Gaba, who performed on a tabla and sitar.