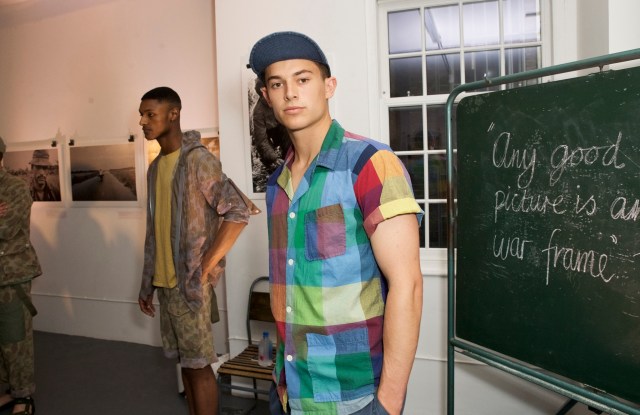 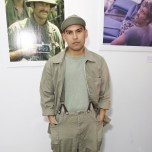 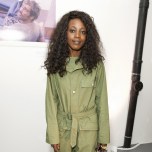 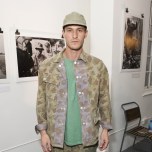 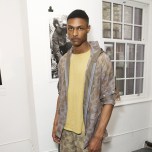 For 55 years, Nigel Cabourn has been fascinated by Sean Flynn. “My father loved films and used to talk about the Hollywood actors and actresses he’d watch at the cinema,” he told WWD at his spring 2018 presentation, held at his Covent Garden store. “Errol Flynn was mentioned a lot at home in those days, so when I first saw Sean Flynn in ‘Captain Blood,’ his first film, at my local cinema in 1962, I realized he was Errol’s son; this made the film even more fascinating to me.”

Cabourn was impressed — and a bit baffled — when Flynn picked up a camera, donned Army fatigues and went to Vietnam as a war photographer. “I mean, he was a good-looking f–king dude. When you have a face like that and you came from a family like that, why would you go to war?” mused the designer, whose fascination reached new depths when Flynn went missing in 1970 in Cambodia, hence the title of this season’s collection: “Whatever Happened to Sean Flynn?”

For his Authentic limited-edition collection, Cabourn’s third in his 50-year career (previous editions launched in 2003 and 2012, both inspired by Arctic explorer Robert Falcon Scott), he was inspired by images of Flynn in his Army kit by Tim Page, Flynn’s fellow Vietnam War photographer, who captured him on the job.

One particular shot, of a mustachioed Flynn, faded over time to give a blue tint to the image, inspired the collection’s camo print: blue-tinged on one side, Army green on the other. This was used on baggy, roll-hem pants, with “PW” hand-painted on the front, fashioned after styles worn by prisoners of war. It was also used in a nice pair of shorts, and in a reversible field jacket. Images of Flynn in an Aussie bush hat, wearing a scarf wrapped and tucked, cravat-style, into a khaki shirt inspired similar items in the lineup, and a lovely mesh hooded jacket. For women, there was a short lace-up khaki dress and a great pair of combat pants with a high waist.

For his more relaxed Lybro unisex line, Cabourn channelled military issue clothing from the same period, with subtle references to the Flower Power movement of the era. A hybrid shirt/jacket came in a brightly hued oversize check, worn by one girl knotted at the waist with brushed cotton fatigue pants, while soft herringbone cotton was used in Cabourn’s signature dungarees.