The designer said he wanted to celebrate London with this colorful, upbeat collection. 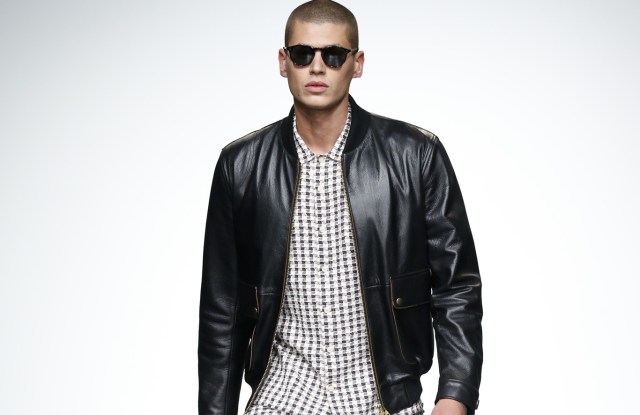 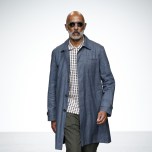 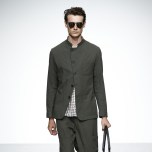 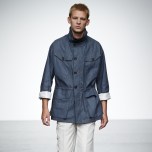 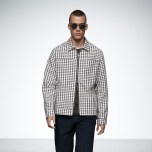 An upbeat, youthful sensibility may have shone through the collection, but the designer said it was born from weightier matters playing on his mind. “London’s going through a rough time and it’s about pushing out at what’s going on,” he said. “If it’s not politics, it’s the landlords crushing us.”

Spencer didn’t depart from his signature silhouettes. There were relaxed, cropped trousers; collar-less, softly tailored jackets, and breezy bomber jackets and parkas. What stood out, however, were the unexpected, appealing color combinations, such as sky blue and rich brown, or pale pink with sun-bleached beige.

Pattern also made an appearance, with cotton madras shorts and shirts done in a woven, textured dog tooth check, both aimed at evoking the “diversity” of London, which Spencer said he wanted to celebrate.

The designer closed the show with a series of slogan T-shirts bearing the words “Love Town,” created with artist David Austen — a more direct nod to that idealistic mood.