An austere and outlandish feel permeated the designer's spring collection. 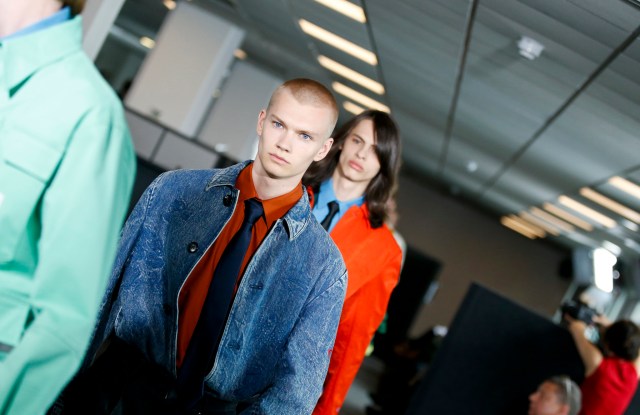 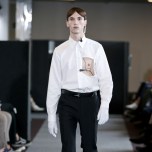 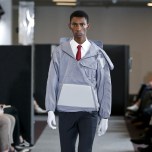 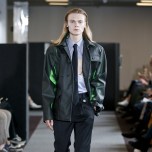 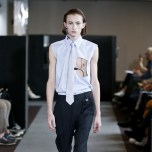 The designer opened his show with a volley of pared-down tailoring options, some of which bordered on communist police uniforms, and in one instance were weirdly styled with a padded leather harness worn around the crotch. Models sported airtight synthetic gloves and had wires clipped to their shirts, which let off a robotic, sci-fi air.

Via tie-dyed shirts and crushed metallic tops, the show eventually landed in a more utopian future in which glittery tracksuits with oval cutouts and metallic moon parkas set the tone.

Zhou was at his best when keeping things simple, real and in the present tense, as witnessed by his denim looks. The high-waisted pleated jeans and slightly rounded shirts he offered looked current and on trend.