It was vintage Versace through the Millennial lens, and those who are already fans won’t be let down. But there could have been so much more. 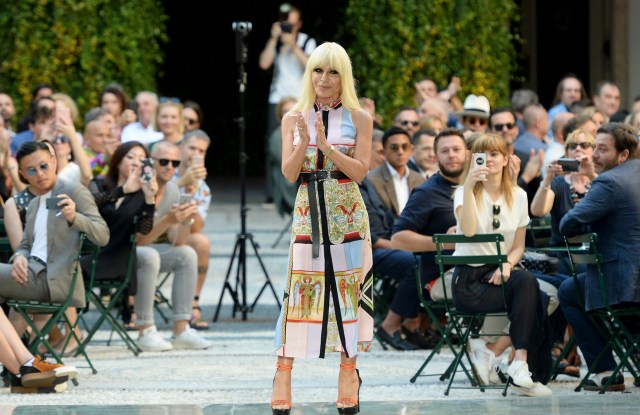 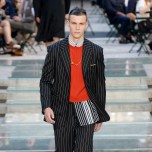 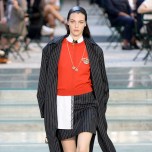 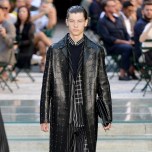 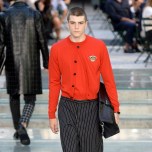 There’s a whole new generation buying into Versace and this collection — with its bright silk shirts, gold coin and gargoyle patterns, pinstripes and swirls — was for them.

Not for the Millennials tailored suits and just the odd flash of print. Versace believes that what the kids want today is the attitude and full-on pizzazz of the early Gianni years.

Donatella Versace described the collection as “a homecoming,” and it certainly was. It’s the 20th anniversary of Gianni Versace’s death (with “Versace: American Crime Story,” currently filming in the U.S.) while the men’s show has returned to the brand’s villa on Via Gesù 12, where it all began.

It was also one of Versace’s most low-key shows in years: Instead of booming music, roving spotlights and stomping models, there was the breezy cobbled courtyard, a Perspex runway, and guests sitting at little round tables while waiters passed around drinks and hors d’oeuvres.

And since Donatella was “at home,” the house codes were naturally all there, as were nods to the street-loving dresser.

The designer worked soft pink, baby blue — or gold lame — into tracksuits, some of them embossed with a swirling pattern and used that same pastel palette for wide-leg denim trousers with matching T-shirts that read “Versace.”

Ancient Roman-style masks popped on denim jackets while Winged Victory appeared on the back of a silk bomber. Loose printed silk tops — some with hoods — were layered under pinstripe or check suits, some paired with knee-length shorts, others with loose trousers.

SEE ALSO: Bridget Foley’s Diary: Tisci to Versace — It Looks Like a No-Go

Donatella also let it shine — from the gold coin necklaces to the studs on leather shoes to the little chains woven like pinstripes through the jackets.

It was vintage Versace through the Millennial lens, and those who are already fans won’t be let down. But there could have been so much more. Where was Gianni’s Eighties tailoring — all those suits with the strong shoulders?

The women’s capsule, which also wound its way down the runway, riffed on a similar theme. There were clashing print dresses like the one Donatella wore to take her bow, sharp pinstripe jackets, sexy slashed sweaters and minis. Somehow, that felt more like the good old days of Gianni.