The designer was inspired by artists and created a paint-splattered collection of updated staples. 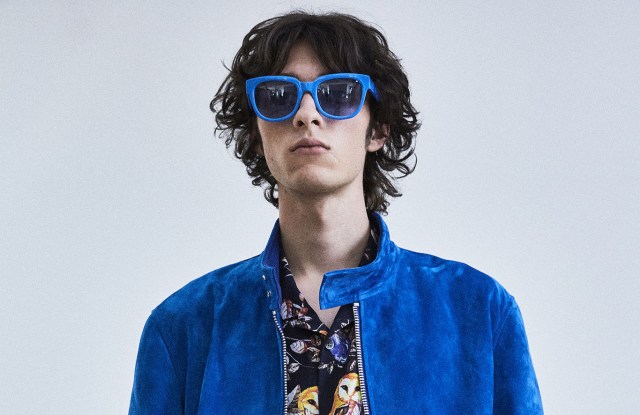 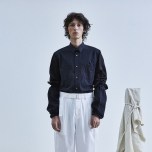 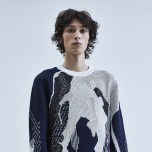 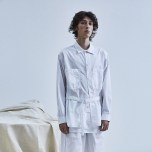 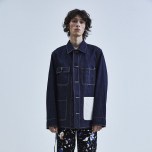 Phillip Lim admits to a little artist envy. The designer wishes he had time to devote to creating artwork, but considering the pace of the fashion industry, he’s going to have to wait until later in life.

Still, that didn’t keep Lim from creating a “makeshift painters’ studio” in his New York City showroom to display his spring 3.1 Phillip Lim men’s collection. The offering explored the life of a painter, which he described as “an artist/moonlighter/multitasker who devotes himself to his art, while navigating his way through the modern world.”

Inspired by the works of Ellsworth Kelly, Jackson Pollock, Cy Twombly and others, Lim literally started with a blank canvas, offering up a paint-splattered assortment of aprons, smocks and raw denim that blended a workwear aesthetic with a modern sensibility.

“We put a design lens on it to create something new,” he said.

Key pieces such as Japanese twill pants were cut looser for function and ease, he said, and aprons, which were removable, added a unique touch. Lim also offered up Forties-inspired ranch jackets in raw canvas with misplaced pockets, overblown jacquard patterns on sweaters, and a chalk-stripe suit whose wide lines were created by finger painting.

Classic painters’ smocks in a poplin fabric sported the saying: “Young, sexy, single, free,” which Lim described as “a wish.” Rigid Japanese indigo painters’ coats, a reversible jacket with a paint splatter on one side and raw canvas on the other, and a new “banana-cut” jean with a higher waist and wider legs offered “an easy and effortless take on street,” according to Lim.

Among the accessories were “dumbed-down” sandals created with just a plastic strap attached to a sturdy bottom as well as an assortment of canvas totes, some with leather trim and others paint-splattered.