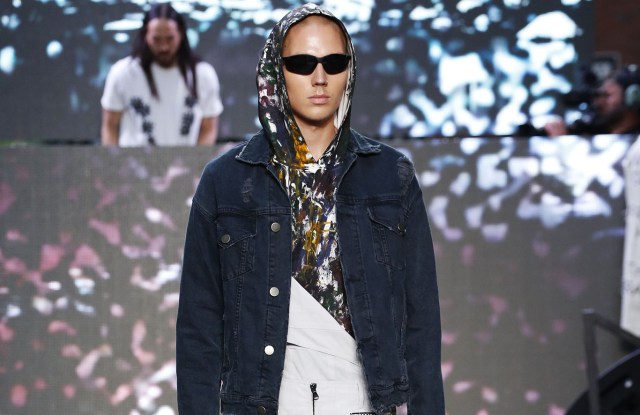 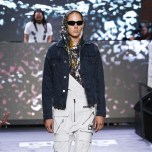 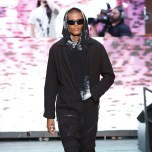 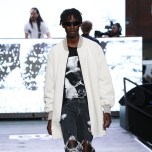 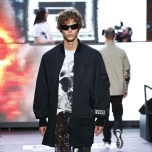 Steve Aoki opted to show his men’s wear line, Dim Mak, a few days after the official New York Fashion Week: Men’s schedule, which was probably a smart idea given his elaborate vision.

Last season, Aoki installed a skate park inside Skylight Clarkson Sq and Mangchi, a self-described “hammer” band, performed a spirited set as actual skaters, who wore the collection, dropped in and out of two half pipes.

This season Aoki, a DJ who also owns Dim Mak Records, held a presentation before shutting down a New York block to hold a runway show and concert that was produced and presented by the Build Series. The show, which featured performances from Ayo & Teo, Bok Nero, Ma$e and Sonny Digital, also commemorated the release of his new album, Kolony, which is out on July 21.

“I like to combine both worlds,” said Aoki, who started his Dim Mak record label in 1996. “People know me as a DJ first so it just made sense to do this type of event.”

Aoki’s collection was titled Paradise Found, which according to Aoki is indicative of the current climate. “People are looking for paradise amid chaos,” he said. He imbued this idea throughout the assortment, which consisted of military staples — bomber and utility jackets and cargo pants — and updated them with patches, graphics and political messaging. One T-shirt featured palm trees and razor blades while the back of a long bomber jacket read: “Land of the Free Home of the Brave.” Denim was covered in paint splatters.

Aoki, who has made Dim Mak merchandise since 2006, started a ready-to-wear version of the brand in 2014 by partnering with Parco, a Japanese mall operator, to produce and distribute the line. Aoki, who introduced Dim Mak to the U.S. market in 2016, said he has since moved the brand’s operations to the U.S. While there were still hints of a Japanese influence and interesting graphics, the line felt as if it had been stripped of a few distinctive ideas that made it special last season.