The designer offered a modern interpretation of hippie culture. 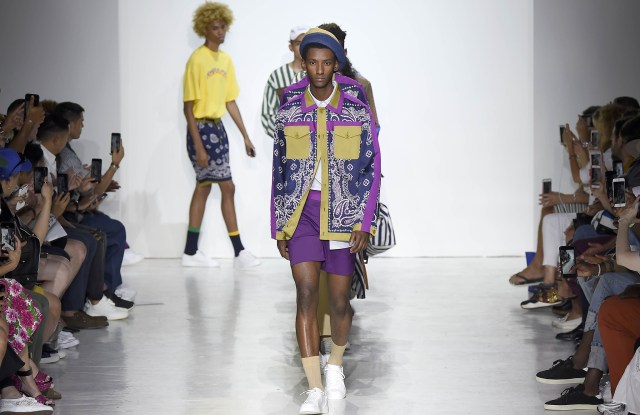 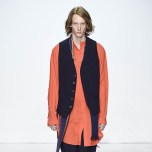 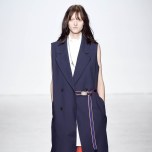 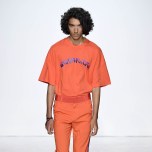 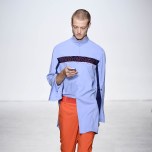 As in seasons past, designer Bumsuk Choi steered clear of being a trend-driven brand, instead steering General Idea to create its own path. And Thursday’s spring show was no different.

Based on the notions of the hippie culture from the Sixties and Seventies, the lineup consisted of silky shirts with bandana prints, ethnic embroideries on the cuffs of shirts and denim, and racing stripes on the sides of trousers.

“As a society we have been accustomed to not be able to live without our phones,” said Choi backstage, shortly after sending out oversize logos shouting “No post” on the backs and front of shirts.

A nice surprise, color was a huge message this season, with General Idea offering up bright reds, yellows and blues in a variety of looks, while staying away from white and black that has become predictable.

With this solid effort, Choi gets credit for making us put down our phones and transporting us to his modern hippie universe.

Perry Ellis Men’s Spring 2018: The company injected performance features into its tailored clothing uniform and then layered on fashion.

Nick Graham Men’s Spring 2018: The designer was inspired by the ocean and Atlantis.

Descendant of Thieves Men’s Spring 2018: The designer toyed with the aesthetic of deviant Mods of the Sixties, balancing an energetic collection of colorful prints with relaxed silhouettes.