Taofeek Abijako, who just turned 19, looked to West African artists for his collection. 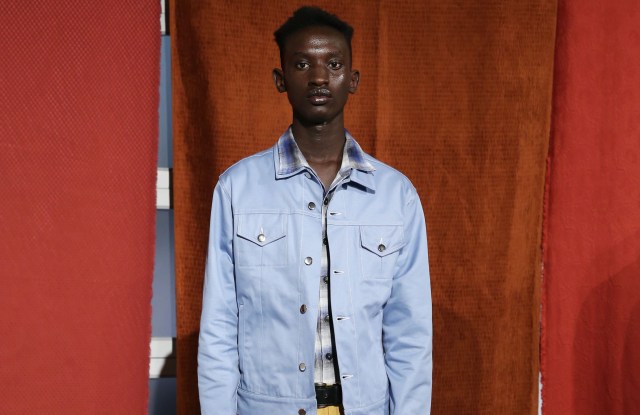 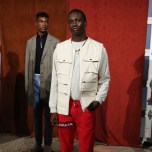 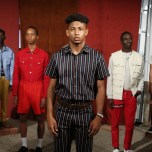 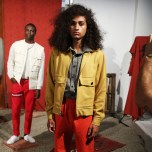 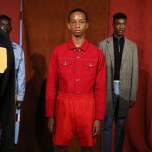 Taofeek Abijako just turned 19. The designer, who moved from Nigeria to the States in 2010, started working on his first collection last year during high school. He funded it by selling custom-painted Vans online — he met actress Amandla Stenberg who brought the shoes even more attention by promoting them on her social media accounts.

So it’s no surprise that Abijako frequently looks to Nigeria when producing his line, which has built a following in Japan — retailers including United Arrows and Wism have picked up the assortment.

For this season, which marks his debut on the official New York Fashion Week: Men’s schedule, Abijako explored works from West African photographers such as Malick Sidibe, Seydou Keïta and Clic Clac Baby, along with the messages in Fela Kuti’s music.

“I was inspired by colonialism and post-colonies in Africa and its influence on youth culture and how that relates to my upbringing,” the designer said.

He reimagined the photographers’ black-and-white photos in color and presented a concise uniform made up of denim and track jackets, cargo vests and shirts that were styled with trousers and shorts. He energized the line with a strong color palette — mustard, bright red, baby blue and cream — and subtle graphics. The word disorder, a prominent theme in Kuti’s music, was placed on a pair of pants as if it were a cargo stamp.

Abijako may still be a teenager, but he has a strong grasp on the story he wants to tell with his clothes. It will be exciting to see how this story develops.

Krammer & Stoudt Men’s Spring 2018: The collection had a casual Baja feel but also included a tuxedo for the first time.

Bristol Los Angeles Men’s Spring 2018: The collection offered a unique take on streetwear from the Aughts.