Lil Yachty has injected some new energy into heritage brand. 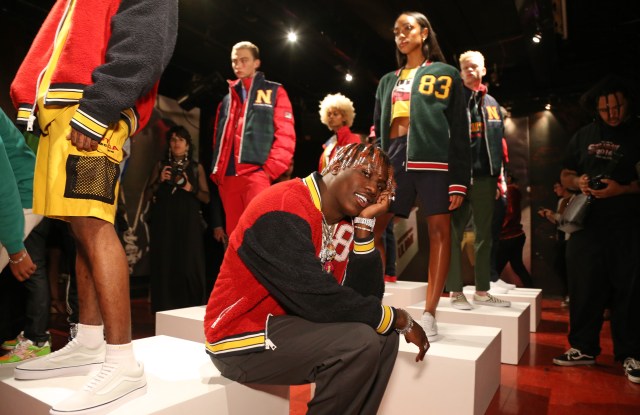 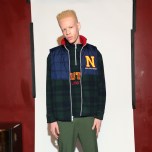 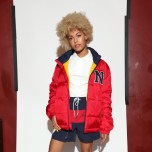 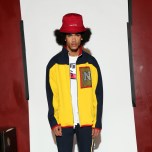 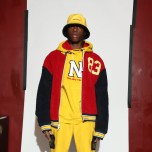 “I’m not a designer,” said Lil Yachty, who held court at the presentation of his capsule collection for Nautica. “I just have my own style.” Since becoming a public fixture, the 20-year-old rapper has made Nautica his go-to, specifically the vintage styles with pronounced logos that fit nicely with his distinctive, boating-inspired image.

His formal relationship with Nautica, which he said his manager never thought would happen, began in 2016 when he modeled for the brand’s Urban Outfitters assortment. The partnership deepened earlier this year when he was named a creative designer for the company, which has led to the Lil Yachty Collection by Nautica, a tight assortment he collaborated on with Steve McSween, the heritage brand’s vice president of global men’s design.

“He brought his favorite Nautica vintage pieces and I brought mine, and 10 of them were the same,” said McSween. “And we built the line around classic Nautica pieces from the Nineties.”

The collection featured puffer coats, zip-up fleece jackets, vests, polo shirts and drawstring shorts in a tight color palette of yellow, red, hunter green and navy. The lineup was logo heavy and sprinkled with new details and fabrics including white zippers, mesh panels placed over a flocked “N” logo and Sherpa, which was used for varsity jackets and bucket hats.

Lil Yachty has been a proponent of being different — see the cover of his album ‘Teenage Emotions” — and he brought that to the presentation’s diverse model casting, which was refreshing to see. Nautica has provided the artist with a platform to extend his vision, and he’s injected some new energy into the more than 30-year-old company. It’s an ideal partnership.