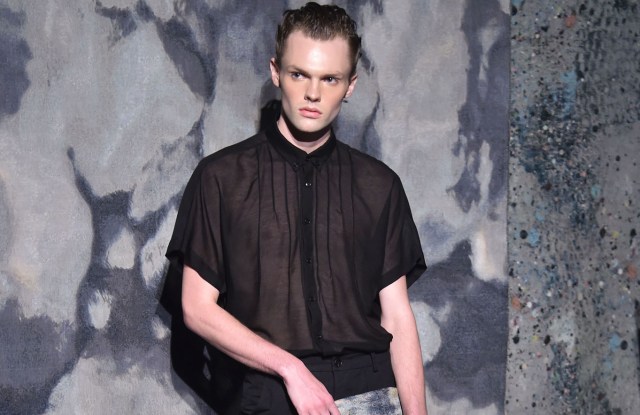 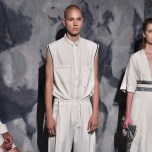 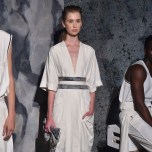 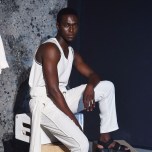 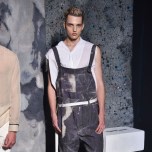 Rafal Swiader said he wanted to combine references from Ancient Greece with his own ethos for his R. Swiader collection, which is grounded in the streets of New York, where he recently opened a store on Mott Street.

He played with hard and soft, showing more structured pieces — short suits and workwear jackets — with more fluid items such as linen overalls and sheer blouses.

He also worked with photographer Martyn Thompson on the graphics, which were mostly abstract splatter prints. A T-shirt read: “The God Is in The Gaps,” which Swiader said is meant to celebrate imperfection.

Also new for the designer were accessories and a few women’s looks. It was a big departure from his last punk-infused collection, which was more directional. This one lacked a point of view.

Krammer & Stoudt Men’s Spring 2018: The collection had a casual Baja feel but also included a tuxedo for the first time.

Bristol Los Angeles Men’s Spring 2018: The collection offered a unique take on streetwear from the Aughts.