As he did for his debut collection last season, Ackermann showed a handful of looks on female models such as Liya Kebede and Stella Tennant. 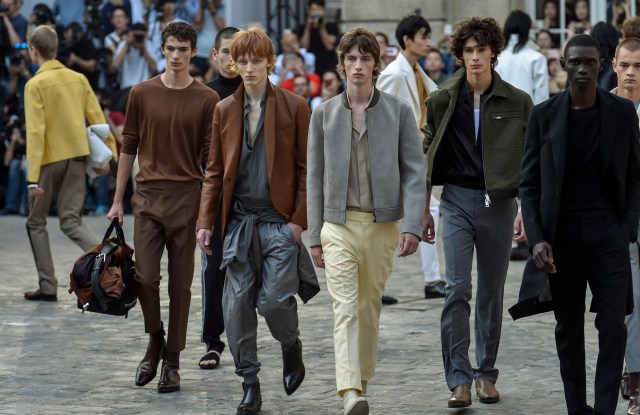 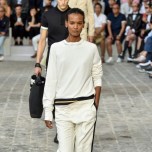 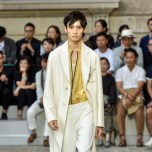 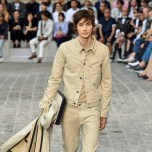 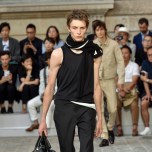 “I want one of everything,” exclaimed Natalia Vodianova as she congratulated Haider Ackermann after his Berluti men’s show, staged in a courtyard of the Paris Mint.

As he did for his debut collection last season, Ackermann showed a handful of looks on female models such as Liya Kebede and Stella Tennant. But even the outfits worn by men had a languid elegance that gave them a gender-fluid aura.

“It’s always a good thing to have women around, and you know, they all borrow their men’s clothes when they love, so it’s a healthy thing. It’s a very sexy thing,” the designer said backstage.

Vodianova is the partner of Antoine Arnault, chief executive officer of Berluti, and likely has access to a trove of the label’s clothes. Ackermann hopes to seduce a broader audience with his fresh take on the historic men’s shoemaker, which has been making ready-to-wear since 2011.

Working from a base of fine knits and low-slung pants, cropped above the ankle to better show off zippered boots, he highlighted the house’s leather knowhow with items like tailored jackets and coats with visible stitching on the lapel. They were slick, but the more casual options were even more impressive.

A straight bomber jacket was made of powdery black alligator skin, while a beige biker jacket had an artfully weathered patina. Luxed-up track pants and filmy technical jackets came in a mouthwatering palette of pale pastel tones, deftly combined with neutral shades of cream, gray and black.

“I wanted to be smooth and very gentle but very effortless, not too precious, just laid-back,” said Ackermann. “The fact that last season was a first step, and the house has been supporting me so much, you feel more free.”

Ackermann is clearly putting his stamp on Berluti with growing confidence — but it’s a quiet revolution.