The German designer delivered a collection bringing to mind explorers in an urban jungle. 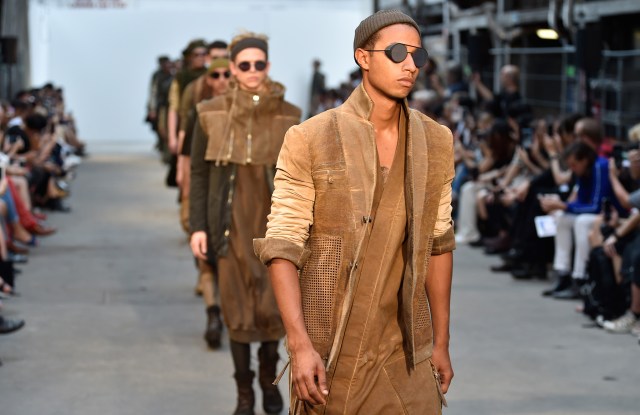 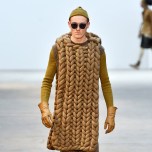 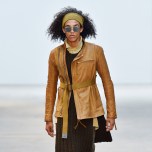 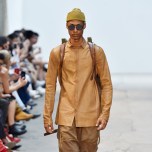 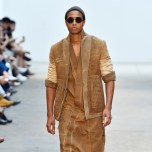 The German designer first mined his archive of military garments. “I had the idea to create a look that is basically a camouflage,” explained Bidjan Saberi. “Like one garment of this, the other garment here and these nonmatching greens together. It would look like a camouflage on one person — without being a [true] camouflage.”

The resulting effect was lighter and more lyrical than in past seasons, due not just to the deconstructed camouflage, but also to the layered pieces being somewhat less tough-seeming than before.

The opening look included a light brown knitted cape with huge stitches over a green shirt and darker brown undergarment, for instance. Another paired a brown leather shirt-jacket with shorts of a darker hue.

There was a new overall style that Bidjan Saberi described as a cross between a kimono, karate uniform and gabardine.

Orange was the only shock of color in the collection. And though it nodded to the lining of old bomber jackets, here it was devoid of a bellicose vibe and instead infused a burst of positive energy.

Jil Sander Men’s Spring and Resort 2018: Lucie and Luke Meier debuted at Jil Sander with a women’s and a men’s collections, which offered a fresh, new take on the signature rigorous elegance