Masanori Morikawa aimed to push back against consumerism with his collection. 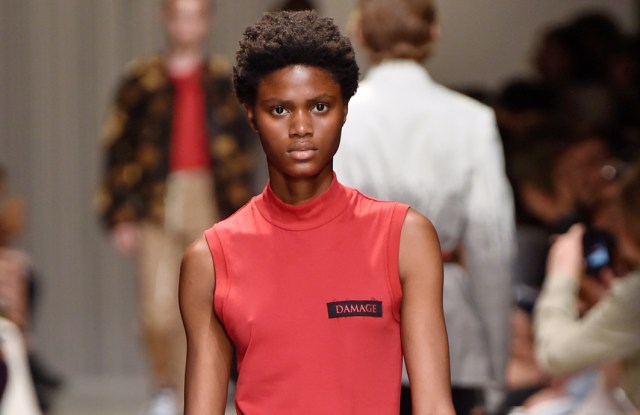 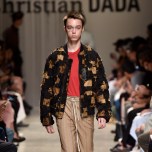 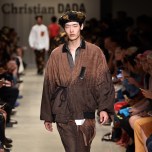 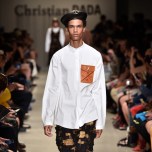 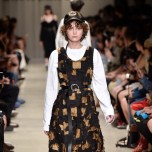 “For this show, I was thinking about consumerism. It’s kind of capitalism,” he said backstage after the show.

And, evidently, he is no fan. Melting motifs included a Hawaiian print and the designer’s own logo, also a nod to French street artist Zeus. On a traditional black smoking jacket, Morikawa embroidered Yves Saint Laurent’s quote “Fashion fades, style is eternal” with the words tumbling.

As always with Christian Dada, the line was a meeting of Eastern and Western influences, with kimono-like robes here, and a chambray jacket and khakis there. Morikawa demonstrated his facility to deftly toggle among them and between streetwear and sartorial pieces, as well.

The textures he used were especially eye-catching this season, from the loosely knitted, rough-hewn beige top, to the trousers spangled with brightly colored beads and chains.

Jil Sander Men’s Spring and Resort 2018: Lucie and Luke Meier debuted at Jil Sander with a women’s and a men’s collections, which offered a fresh, new take on the signature rigorous elegance