The kids weren't alright, but at least they were well dressed. 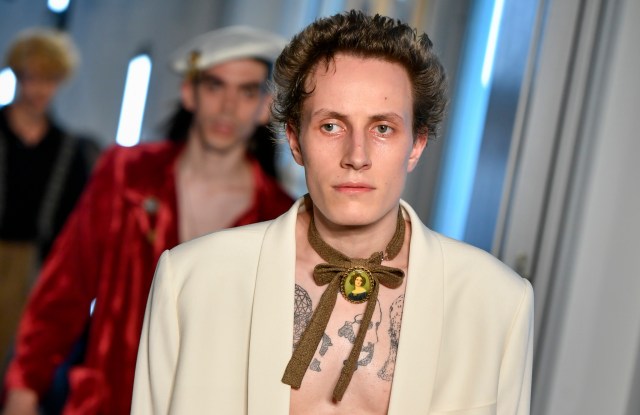 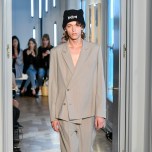 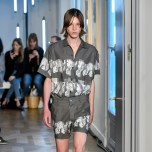 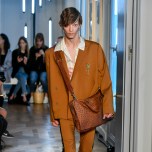 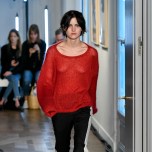 “The Christie’s tracksuit exists because I wanted it to exist,” Henri Alexander said at the conclusion of the debut show of Enfants Riches Déprimés, which saw a cast of disquieting characters stalk through the auction house’s Paris outpost.

Twins walked by hand-in-hand, clad in those branded, wine-colored shell suits, evoking a grown-up version of spooky pair in “The Shining.” A schoolgirl, all oversized cashmere sweater and pleated uniform skirt, had scrawled moody messages on her lace-up boots. One long-haired man in a beret and red crushed velvet suit had something of John Galliano about him; another, Serge Gainsbourg’s mug.

Highlights included a double-breasted jacket in a blue-on-cream pinstripe, and with buttons on only one side; a pink blouson emblazoned with “Ain’t no use in crying,” a collarless overcoat paired with checked trousers featuring a lightning design across one thigh; and a leather jacket paired with smart white jeans.

Despite the designer’s bombastic nature and penchant for cheap provocation, this collection had an air of well-heeled sophistication that no amount of punk-spirited reappropriation could hide. If you’re going to be despondent, you might as well do it in well-cut Loro Piana wools and Thierry Lasry sunglasses.