The brand worked with artist Austin Blaisdell and designer Stefan Cooke on the collection. 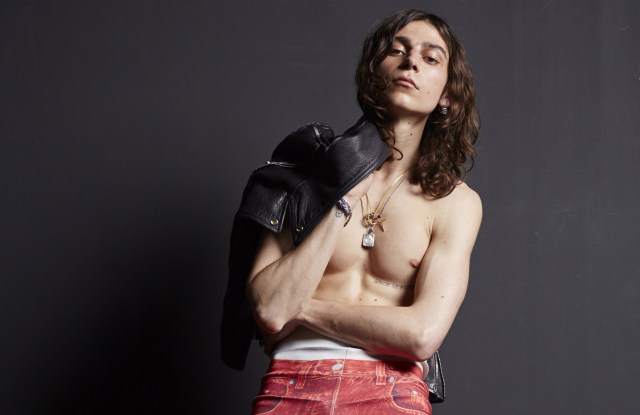 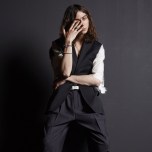 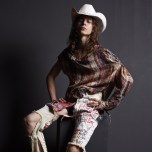 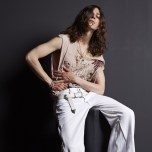 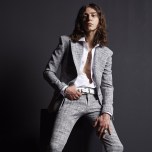 For its fourth collection since the brand was reintroduced in 2014 with a group of former Balmain designers, Faith Connexion continued its collective take, including unique items by the likes of experimental artist Austin Blaisdell. He told WWD: “I take what I love and put it together, and eventually I have a finished product.”

His deconstruction-reconstruction technique resulted, for instance, in pieces decorated with his own hand-scrawled graffiti and colors faded on a rooftop under the Los Angeles sun.

Fashion designer Stefan Cooke also lent his craft to Faith Connexion this season, with trompe l’oeil pieces. Case in point: What seemed like a pair of denim jeans was actually a digitally manipulated image of a pair jeans transposed on to elastic.

The brand Faith Connexion carried over its tie-ins with Kappa and K-Way for its growing sportier and streetwear elements. The spring line is almost like a concept store unto itself, with an intriguing twist on casual luxury and its offer spanning an array of fashions items, from oversized jerseys to a silver-slick Seventies tailored jacket and on-trend camo tracksuit pants.