The designer confirmed his status as one to watch. 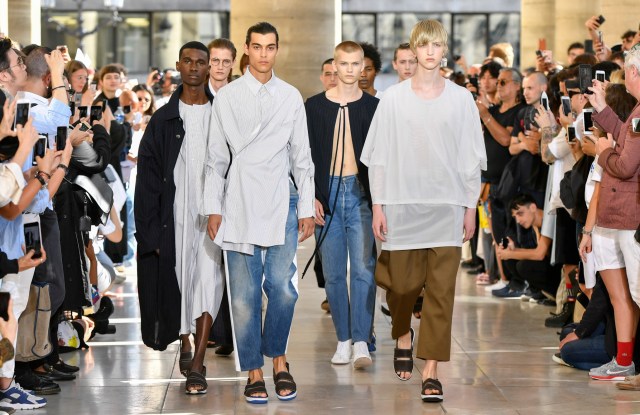 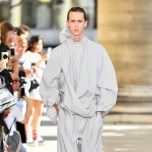 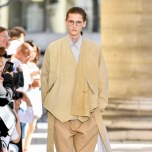 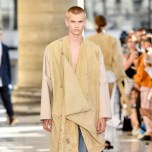 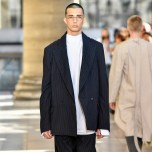 Pushing boundaries in his approach to silhouettes and constructions, Hed Mayner confirmed his status as one to watch. His one-button, double-breasted jacket was very on-trend.

There was a romantic, drapy feel to the cropped and elongated coats with voluminous folds at the front, one of which was crafted from what looked like reworked military tents.

There has been a strong globalization trend this season, and he’s part of the movement. East-meets-West references abounded, including judo pants and kimono closures on shirts, with a tonal palette hooked on beige, chocolate and light gray.

The designer created tension through plays on expansion and tightness in certain silhouettes, such as a look layering a sleeveless white cropped top over a boxy elongated blazer.

Bi-fabric jeans with black-and-white paneling at the back, a translucent white windbreaker with rope details, and a poncho with fringing were also covetable pieces in a collection rich in ideas.