It was back to not-quite-basics for the London and Tokyo-based French designer. 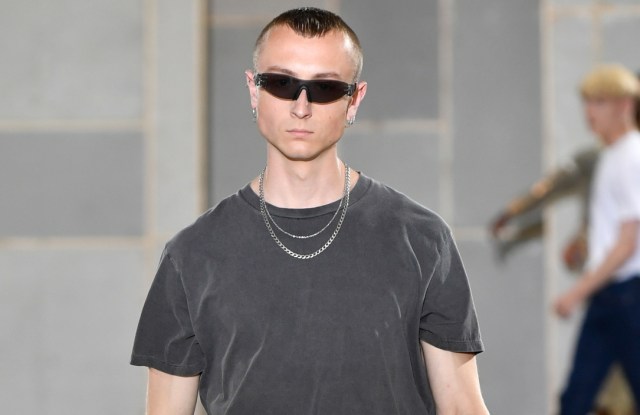 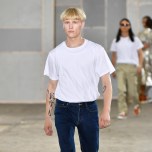 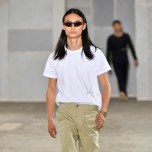 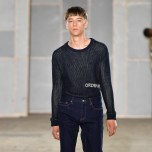 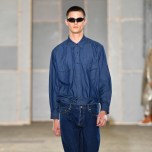 As Julien David’s decade in the business nears, the designer seemed to consider the roots of his style as the starting point of his spring season.

The lineup was simple fare, full of “[his version of] ordinary clothes, garments you know and that you don’t think about twice,” he gave as clarification backstage before the show.

Girls and boys, in jeans and T-shirts: in a season where basic realness is beautiful, that’s what he offered, from a white T with his signature embroidered as if it was just a thread clinging there by accident to well-cut chinos. It isn’t the first time that David’s adjusted aesthetic tacks.

Standing out were the looks in which his passion for quality textiles stood out, including a translucent chiffon trouser coated to achieve a platinum finish, a nylon shirtdress in a heat-generated polka-dot pattern, but also smart Japanese denim jeans or the vegetal tanned leather sneakers.

In lieu of a finale, a model stood from the bench where he’d been sitting the entire show and pulled his paper-thin black nylon coat on. He hadn’t stood out from the fashion crowd, in the best way.