The collection was themed around fictitious bands on the Undercover Records label. 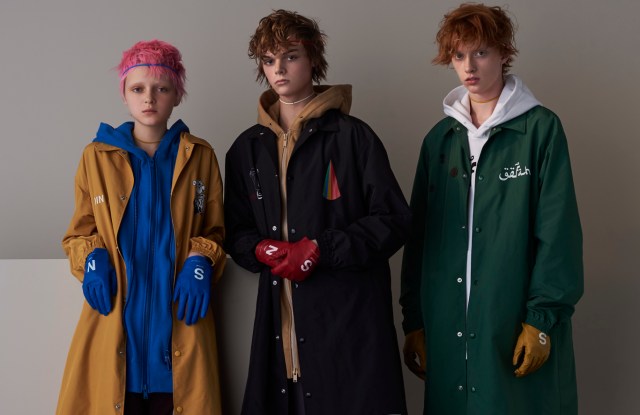 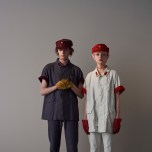 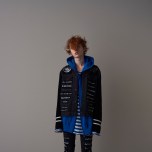 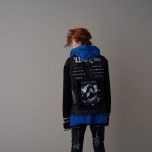 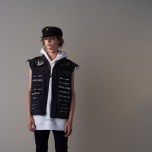 Music influences are a given in Undercover’s collections and this season, for his collection titled “Spiritual Noise,” Jun Takahashi went all out, inventing his Undercover Records label with a portfolio of fictitious bands (think Brain Castle and their album “Not Waving,” and The Wet Dreams).

And there was the merch to match. Nodding to subculture musical genres including rockabilly and the New Romantics, as well as the railway outfits popular with rebel youth in Eighties Japan, the designer put his design stamp and twists on checked shirts, technical anoraks, band T-shirts, scarves with patches and giant colored nylon trenches that had rainy Glastonbury written all over them.

The designer also presented a hook-up with iconic Japanese brand Cream Soda, founded in the late Sixties by the late Masayuki Yamazaki, a pioneer of rockabilly, which is celebrating its 50th anniversary this year. The collaboration is based around a stylized animal print that played out on shirts and footwear.