Guests including Russell Westbrook turned out for the runway debut of A$AP Mob's buzzy streetwear brand. 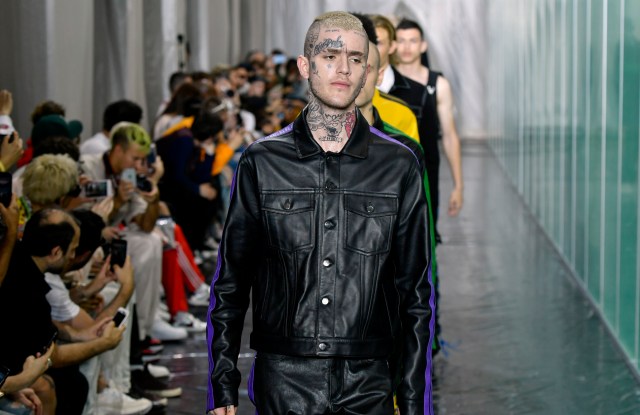 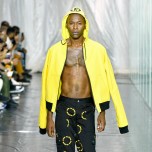 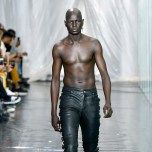 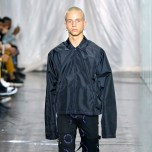 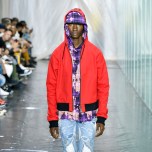 News that Vlone would stage its first runway show in Paris had the streetwear microcosm in overdrive, especially since A$AP Bari, the label’s founder, teased new colorways of his Air Force 1 collaboration with Nike on social media.

It was no surprise, then, that the entrance of the show on Rue Cambon was a mob scene. Paparazzi chased British grime star Skepta down the street. Young kids, alerted by Instagram, showed up in the hope of being granted access — and a lucky handful were.

Inside, A$AP Rocky, the cofounder of the brand, greeted guests including basketball player Russell Westbrook. “I’m so overwhelmed with joy and happiness and just — I’m at a loss for words,” he said.

Backstage, A$AP Bari remained non-plussed as the clock ticked well past the scheduled time for the show, which was live-streamed on Tidal. “It’s a dream. That’s it. It’s like déjà vu — had this dream before,” he said. “People like my style and they steal my style, so might as well put out clothes that people like.”

Did the show live up to the hype? Certainly, there were production issues. It started 50 minutes late, the set covered in plastic sheeting felt improvised and the music abruptly stopped halfway through.

The clothes, for men and women, were a combination of existing styles and A$AP Bari’s first cut-and-sew pieces, produced mainly in Italy and Japan.

The title of the show was Black History, a reflection of the label’s Harlem roots. Shirts bore slogans reading “Real Men Wear Black” — an apparent nod to the 1990 album by Cameo — while a women’s T-shirt featured a picture of Buckwheat, a character from the Thirties movie series “Our Gang.”

They were mixed in with club kid gear including leather pants with colorful lacing; embroidered denim jackets; stained suede shrug jackets; jackets and pants in a camouflage pattern dotted with smiley faces, and shirts featuring Al Pacino in the guise of Tony Montana.

Canny branding touches abounded. A “V” appeared as a small logo on a white shirt, a quilted pattern on a jacket, a seam on the back of jean jackets and, most importantly, on the back of those Nike sneakers. Designing is not a job for dilettantes, and it’s clear this collection was carefully conceived.

It was hard not to be reminded of Off-White’s debut men’s runway show last year. This season, Virgil Abloh was a guest at Pitti, suggesting the sky is the limit for these buzzy streetwear brands.