The bad cop flexes his ill-begotten spending power in the spring chapter of the London-based Chinese designer's villain trilogy. 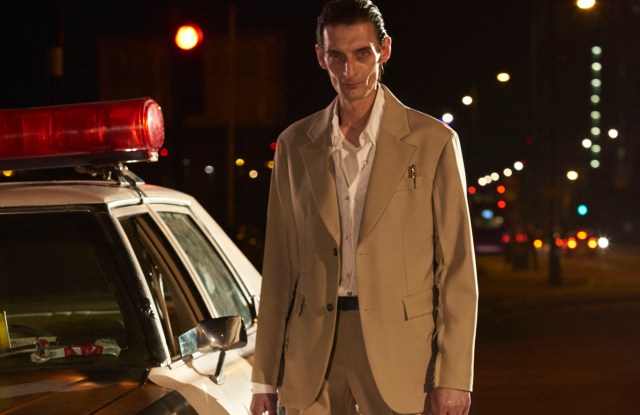 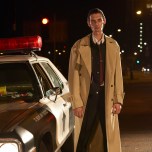 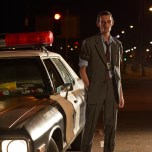 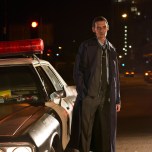 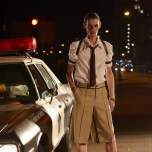 Villains have the best taste in clothes. “Their taste level is perversely good,” Yang Li said.

While the good guys are busy saving the innocent, Travis, Li’s corrupt cop and muse of the season, spends his bribe money on fine Italian wools.

While there were no specific film references in the collection, there were strains of Harvey Keitel’s Bad Lieutenant, Gary Oldman in “Leon the Professional,” Javier Bardem’s agent-turned-villain in “Skyfall” and even Brad Pitt’s character in the 1995 film “Seven.”

Li puts equal care in finishing and unfinishing his garments. His rough hems could be found around the edges of knife slashes on a blazer. “Communicating attitude through cut or form is something I like to work with, rather than three sleeves or a new kind of pocket,” he explained, pointing out a classic double face on a tuxedo, cut to make it look like a holster; crisp, meticulously pressed cottons, stitched to permanently hold the crease on a police shirt; a formal shirt with ladder stitching, almost a jour de Venise perforation, mimicking the uniform braids. KTC, the performance apparel manufacturer, spliced the same perforation into bomber jackets.

And if Travis had a female colleague just as bad as him, a tight edit of the garments was made available in women’s sizes, augmented with a couple of classic shapes from his main line to entice retailers to spend their pre-seasonal budgets.

Li’s work is profoundly influenced by his passion for music and cinema. He is currently working with Nowness to reverse-engineer his collection into the cinematic experiences that are in his imagination. “This process already happens in most designers’ minds. Fashion is [selling a story, a world], it’s not just about clothes. Otherwise it would be the garment trade,” he said. Coming soon, to a retailer near you.