Assured confidence came through in pleasantly unexpected fabrics and details. 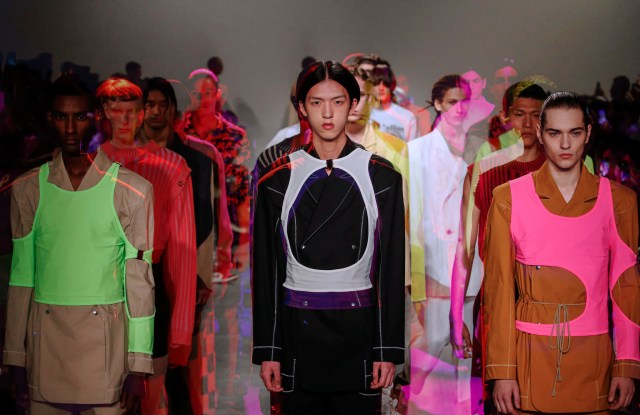 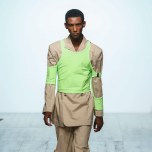 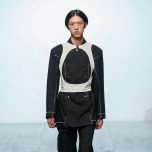 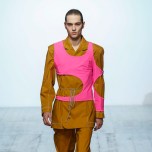 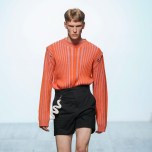 Alex Mullins served up nine three-look groupings in a bid to explore a variety of visual stories. “To create something because I think it’s really nice is a good enough reason for me now,” said the designer, adding that he also wants to try new combinations that interest him.

An assured confidence came through in pleasantly unexpected fabrics and details.

There was suiting made from waterproof swimming trunk fabric, with tight neon layers of spandex, and other ensembles that challenged concepts of traditional tailoring. A group of boxy, double-breasted two-tone jackets were made with sinuous contrasting panels that looked great in yellow tones.

A burnt rose suit was screen-printed with an Asian koi fish pattern, an image derived from some stickers that Mullins turned up at a local bargain shop. Shirts were also a hit: They came short-sleeved and printed with doves over animal patterns, or cut from delicate silk with open armholes exposing lean bodies beneath.

There were some misses among the hits, including outsize circular fanny packs and checkerboard jeans in patchworked denim. With nine tales unfolding, there was a lot to take in. It didn’t feel labored, though, but rather was a joyful exploration of possibilities.