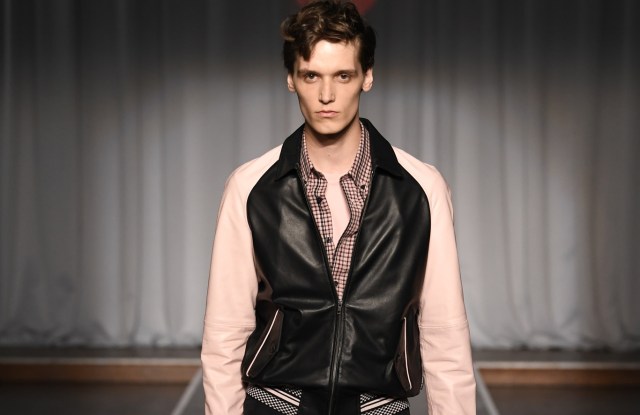 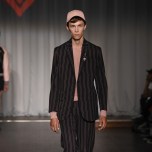 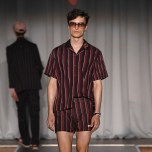 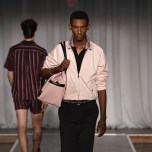 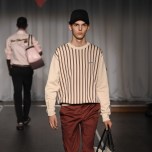 Ben Sherman teamed with Henry Holland once again on a capsule range called Ben Sherman x House of Holland. The result was a collection filled with wide pink and burgundy candy stripes and a mash-up of gingham and oversized tropical floral prints.

The first Ben Sherman x House of Holland collaboration, for fall 2018, made its debut in January. It shows in tandem with the mainline, which is designed by creative director Mark Williams.

“I really tapped into Mark’s reference points, and we learned a lot from the way we worked together the first time. Now, it’s really just about us trying to inject the House of Holland aesthetic for a Ben Sherman customer,” said Holland.

The pair worked a bright palette of color into fishtail parkas, tracksuits and ath-leisure staples with collegiate flair, as in a varsity jacket and a hoodie embroidered with Ben Sherman lettering. They were shown alongside button-down and polo shirts and tailored suits.

“It’s a seamless transition between our mainline and Henry’s range, the colors cross-coordinate really well and Henry uses a lot of our fabrications and subverts them in his own way,” said Williams of the partnership. “It’s a really good marriage.”