Rose wrote a love letter to London with her latest collection, a creative mash-up of cultural references that celebrated the eccentric spirit of the British capital. 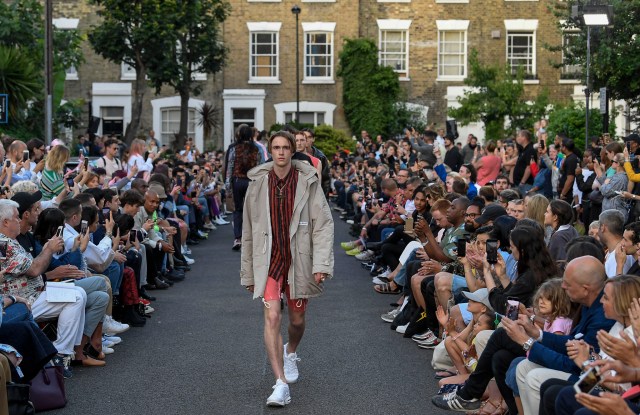 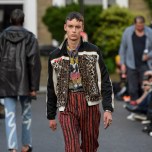 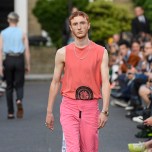 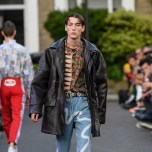 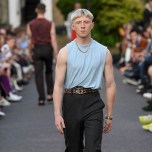 Martine Rose took her show to the streets of North London, in a bid to express her love for the British capital. A residential street near Camden Market was closed off and turned into a runway, simple plastic chairs were lined up for the guests and a nearby pub was used as dressing space — there was no gimmick, just good clothes.

“There’s an amazing community in this area. A lot of tragic things happened here recently and I wanted to celebrate it. I knew the community would be into it,” said Rose after the show.

She was right. Everyone from the residents who peeked outside their windows or sat in their front yards to take in the show with a glass of wine to the front-row guests, who included Virgil Abloh and Luka Sabbat, were left smiling. “Martine is such a beautiful soul and one of the most talented people in the industry. I’m so happy she brought us to Camden, it’s one of the most authentic areas,” said Abloh.

The looks Rose presented had British eccentricity at their core and brought together all the cultural references she was inspired by while growing up in London, from punk and reggae to the dance music scene. “For me music and clothes have always had a way of unifying people,” the Jamaican-British designer mused.

Denim was spray-painted and paired with vintage-looking studded belts, leather was washed to look like it had a life before, shorts featured leopard-print patches and intarsia sweaters came oversized and looked like they could have been stolen from the depths of your grandfather’s closet. Instead of paying homage to a specific male archetype like seasons past, Rose said she was more concerned with channeling “a spirit, a personality, a soul.” It was a real magpie spirit, the kind who would have a flair for all things “flush” and vintage treasure hunting in Camden Market.

He looked his best in denim jacket and shirt hybrids or hippie woven coats paired with high-waisted pants and square-toe loafers — a reworked version of the famous Patrick Cox loafer.