The designer imagined a cast of tourists stopping off to fill their tanks in a gas station in Rimini in Riviera Romagnola, a popular holiday spot in the 50s and 70s. 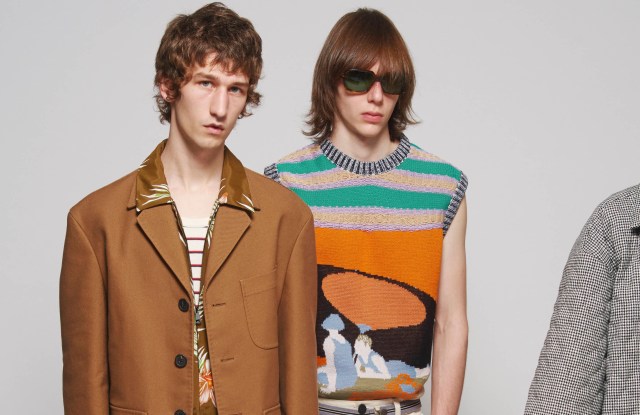 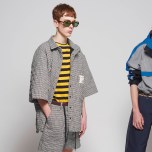 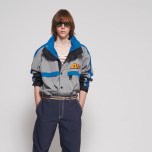 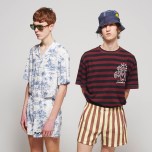 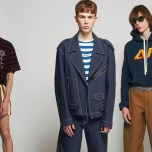 Life is a road trip for Andrea Pompilio, who for his collection imagined a cast of characters stopping to fill up their tanks at a gas station in Rimini, the hometown of Federico Fellini in Italy’s Riviera Romagnola region, an area popular with tourists in the Fifties and Seventies.

Pompilio, who recently went there and did some people watching at the gas station, said: “You see such a strange melting pot of people, young kids, old school types, a French guy on vacation in an old vintage Citroën….”

The designer fashioned pants from a heavy cotton canvas typically used for sun umbrellas or deck chairs. There were jacquard tank tops based on retro posters advertising summer destinations, nylon jackets based on gas station boiler suits and a summery version of the biker jacket in a stiff cotton with white contrast stitching that kept the sartorial spirit for which Pompilio is known. Accessories included tricolor derbies with micro studs and belts inspired by vintage suspenders.

Highlights included safari jackets with patches, striped cotton-linen versions of the classic men’s wear boxer and a look combining plaid pants with a Hawaiian shirt, with the designer playfully mismatching motifs as he loves to do, bringing it all into his universe.