Sabino Lebba and Riccardo Moroni focused on uniform dressing in this small, contained collection of workwear separates with a twist. 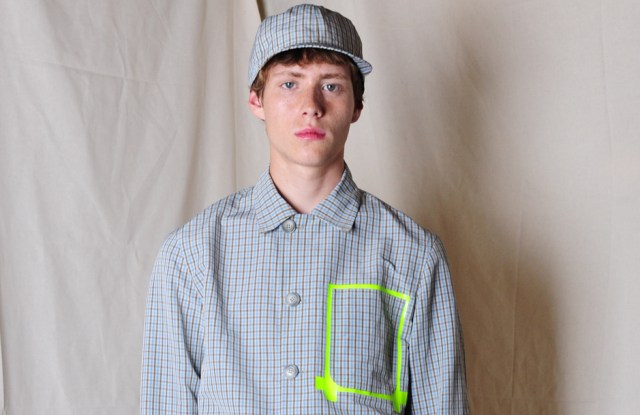 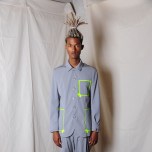 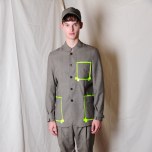 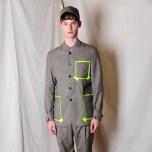 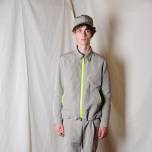 Sabino Lebba and Riccardo Moroni put the focus on uniform dressing to great effect in this contained collection of workwear separates with a twist.

There were shorts suits, some plain, others with checks, that came with shirt jackets piped in green flouro. Other button-front jackets had Mao collars, while Velcro strips at the wrists kept folded shirt cuffs in place.

The palette of neutrals included khaki, army green and faded clay blue. Plain cotton baseball caps – made to match the suits – topped off the looks.

Lebba loves the idea of the uniform for a variety of reasons: “The lines are clean, but there’s still a heart,” he said during the still-life presentation in a small Brera restaurant called Carminio.

He also appreciates the role of the uniform as an identity marker. “People express their individuality with clothing but, at the same time, the way they dress shows what group they belong to.”

This collection is still small, selling at about 15 stores worldwide, although the duo’s dreams are big with more international retail outlets on the drawing board, and plans to bulk up the current offer from 80 to 120 pieces.