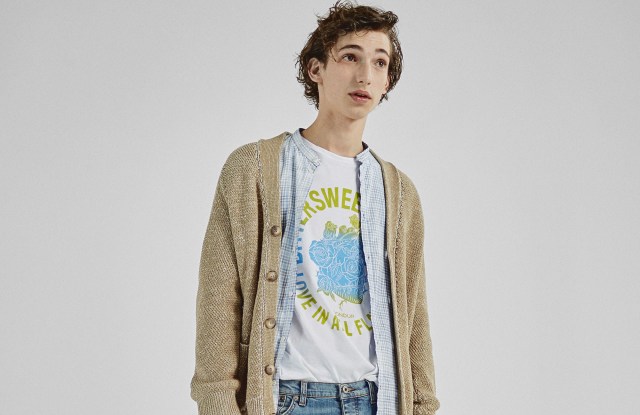 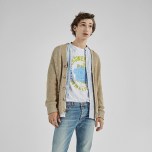 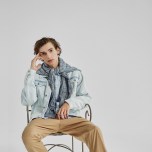 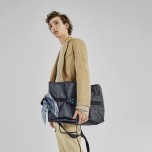 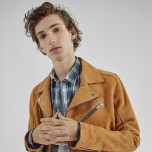 Urban trekking was the theme at Dondup, as the design team added a utilitarian twist to men’s citywear clothing, experimenting with materials in a shift from technical performance for a collection that was casual with a touch of sportswear. One example was the checked, boxy field jacket with a glass-like coating, which added brilliancy to the colors. The poplin, deconstructed suit was paired with a hooded shirt in chambray, in a nod to ath-leisure.

Dondup reedited its storied Tyvek material from the Fifties with an iridescent effect and a laminated texture used on a raincoat and a maxi fanny pack. Sweatshirts were treated to have a spongy effect and a leather jacket was in Naplak, a lacquered napa generally used in footwear. Colors ranged from royal blue to lime, as well as earthy tones and black.

Denim was done in classic shapes in pure vintage and black, or with chalk coatings. The material used for denim labels, called Jacron, was employed in garment-dyed accessories, such as the green backpack.