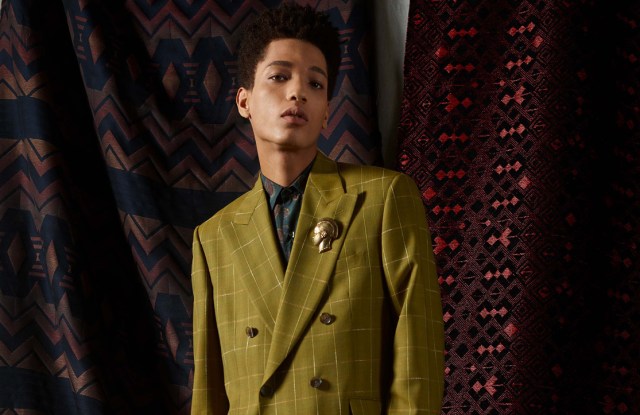 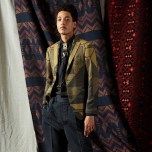 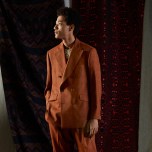 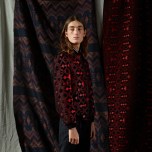 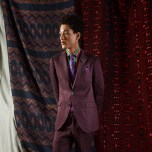 Etro led the fashion crowd through its own zen garden as the backdrop of a collection dedicated to sustainability and biodiversity in all its forms.

Guests passed through a tunnel of towering bamboo plants, taking in clusters of models in looks from the new line, Natura Manifesta, interspersed with a series of installations including a white box filled with a digitally produced 3-D infinity garden and a 4-D immersive music experience by Aptika.

The soundtrack of hang drums and flutes added to the ambience, its frequency based on “the frequency of a plant or a nest,” said Kean Etro, gesturing to a giant nest with, at its center, five giant colored eggs that had cracked open. “There were dragons here earlier, but they’ve all flown away,” he quipped.

The overall message, the designer explained, was “How to link biodiversity to a clothing collection?”

Among the solutions, he presented an artfully crumpled high-waisted pant in a material derived from the stalks of the nettle plant, and heavy-duty parkas in raffia, with natural dyes made from beetroot and coffee used throughout the collection.

Other fibers used included bamboo, hemp and relaxed linens, with the designer also working vegetal fibers into jacquards. The effect was rustic and rough but luxurious. Etro also tempered shine, with patches of jet beading surfacing on dinner jackets and subtly gleaming details in among the lush vegetation and greenery on shirts and coats.

Highlights included a carpet-inspired bomber in a water-resistant jute weave with contrast tie-and-dye-style jacquard strips on the sleeves, and the streamlined martial arts-inspired jackets in bamboo weaves and jacquards wrapped with obi-style belts.

Even the more classic cloths on the suiting, including long, double-breasted blazers with generous cuts and peaked lapels, sported imperfections, leaving the trace of the human hand.

The accessories included espadrilles braided in the style of Viennese canework and enamel pins in the shape of tropical birds, with one pinned to Etro’s lapel.

Mixing references from Borneo to Indonesia, Iran to Africa, the designer also sought to highlight the influences of cultures on one another across history, such as the influence of the Dutch colonists on South African style, using bamboo as a symbol.

“The bamboo swords used in kendo, the Kyudo bow, they’re all made of bamboo, there’s such a strong link,” Etro said. “The sword, despite its force, is empty inside, the flute is empty inside; it’s about the power of what we do not see.”