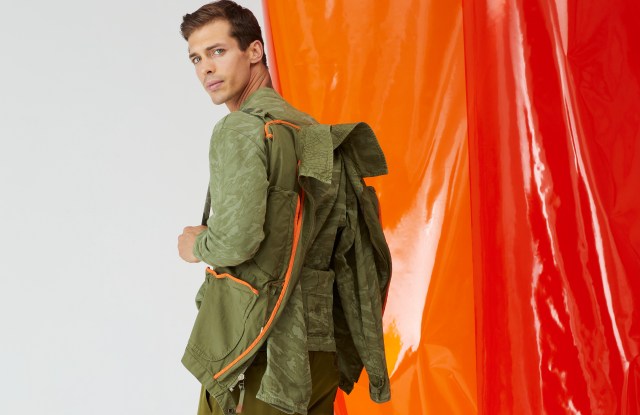 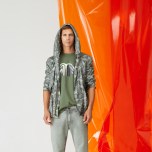 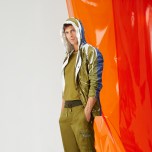 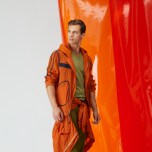 Winter is the brand’s strongest season, but as it continues to diversify from its core fur-trimmed parkas, the collection stood out for its selection of merch-friendly yet visually impactful outerwear options.

In particular, the burnt-orange nylon anorak with contrast piping details and a pale blue jacket with fragments of embroidery inspired by carpets drew the eye. Among other surface treatments, a camo-style laser print featured on both jackets and sweatshirts.

Targeting function and versatility, with the brand’s DNA centered on urban, travel-friendly pieces, some of the field jackets and parkas came fitted with interior straps allowing them to be worn like backpacks. Likewise, a marine-inspired jacket with sleeves attached by lacing, inspired by sails, comes with a bag that it packs into.

A new hand-embroidered men’s parka with a fur-trimmed collar designed in collaboration with Jonathan Riss proved so popular with the buyers, it’s being sold as a unisex item.