Creative director Rocco Iannone is shifting the attention from traditional tailoring with his second collection for the brand. 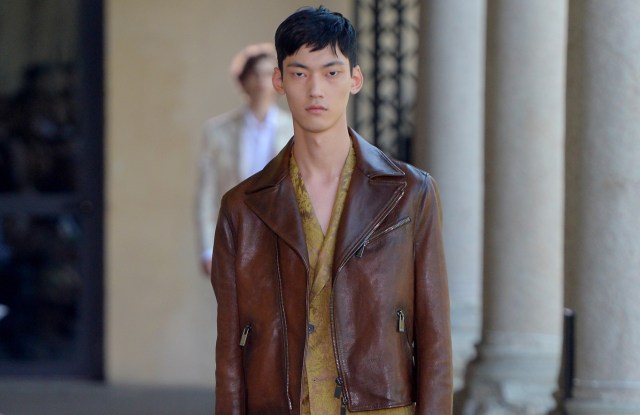 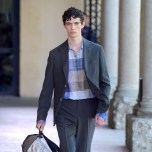 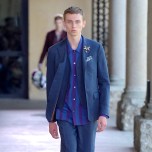 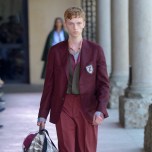 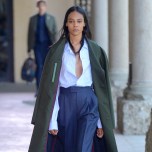 Pal Zileri’s creative director Rocco Iannone called his second collection for the Italian brand “Vanitas,” or vanity, “so deeply rooted in contemporary narcissism, and the cult of personality through the use of social media,” because he wanted to show his distaste for the obsession. Backstage, a mood board with images of Narcissus by the likes of Salvador Dalí, Caravaggio and Paul Benney was the inspiration for a collection rich in floral patterns on sophisticated jacquards, contrasting with faded denim or a canvas trench. To break the focus from one’s own image and suggest a different point of view, Iannone shattered a mirror, placing it at the center of a cloister at the Diocesan Museum, which held the first fashion show ever, he noted, and where a chorus chanted religious songs that were mixed with modern music.

With this collection, Iannone proved that he is shifting Pal Zileri away from its traditional focus on the suit. “The world has changed and there is a new audience,” he said.

To this end, the designer presented carrot pants, easy drawstring styles and boxers worn with shirts in Madras plaids inspired by original Indian designs from the 19th century; slouchy, light knits, or sport coats. A black double-breasted sport coat was worn under a jacket showing a floral pattern. Textures were rich and surfaces often iridescent in a color palette that ranged from curry and iron red to green. Iannone has a clear vision for Pal Zileri and is succeeding in giving a new spin to the storied brand.