Inspired by a sailing theme, the collection combined a urban and effortless chic look with an high-tech approach. 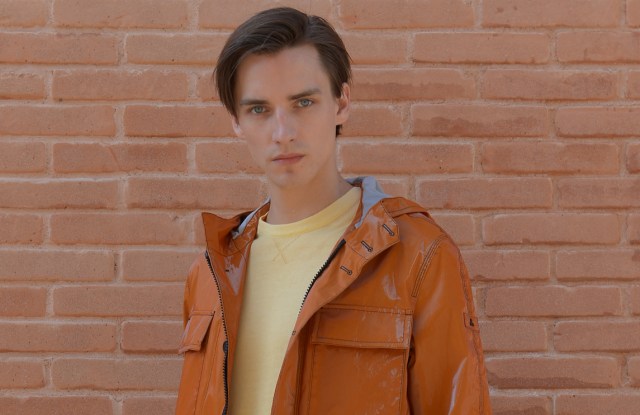 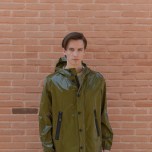 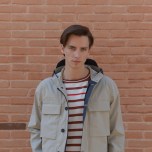 The sailing world inspired both the shapes and treatments of the collection, which combined a modern, urban look with a high-tech approach.

Parkas and bombers were crafted from a cotton poplin fabric, which was first treated to obtain a mirror-like effect and then washed with enzymes to make it super soft. A dyed linen field jacket was coated with polyurethane, while a laser-cut poplin cotton zipped jacket had a rubber finishing. The lineup also featured a range of sleek outerwear styles fused via ultrasound rather than stitched.

In keeping with the theme of the collection, which also had a hooded sailor’s jacket with contrasting stitching and striped T-shirt, the lineup was focused on fresh, summery shades of blue, mixed with light gray, rusty orange and green shades.