Prada was seeking a “more elegant” style for her man, something youthful, but discreet - and not baggy sportswear or streetwear. 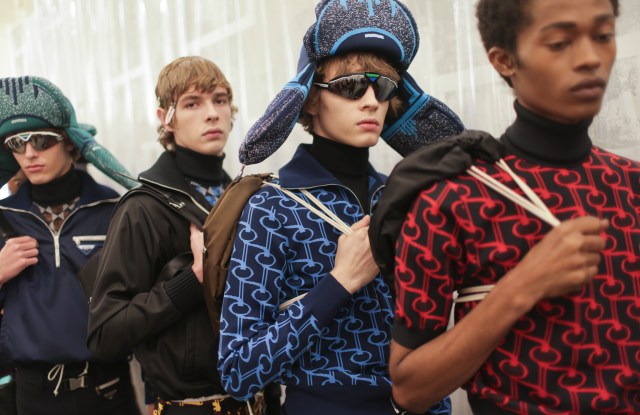 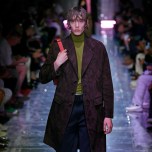 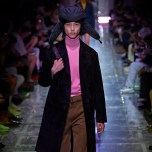 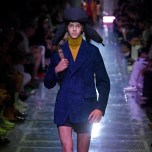 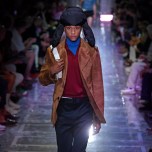 Prada’s been splashing the euros: Earlier this month it opened a whizz-bang new industrial complex in Tuscany — and more are on the way — so the brand has got to sell, sell, sell. The collection that Miuccia Prada showed Sunday evening underlined that: The clothes may have been connected in spirit to the women’s resort, but this collection was more about commerce than anything else.

Prada said she was seeking a “more elegant” style for her man, something youthful yet discreet, adding that she’s fed up with baggy sportswear and streetwear. “The silhouette is very lean, clean and elegant,” she said before the show. “I’ve put a lot of different pieces together — serious ones, fun ones, all sorts — but the goal was to construct, to define a youthful, contemporary elegance. They’re simple pieces, and I wanted them to make sense.”

She took a similar tack with the accessories, which ranged from nylon sacks with drawstring ties to big leather weekenders and smaller shoulder bags. Models held them with an iron grip over one shoulder as if to say, “No one’s snatching this Prada, baby,” as they walked past guests who were perched on big, transparent inflatable cubes, a special reedition of the Sixties creation by Verner Panton.

Like the women at the resort show, which took place in New York last month, models were styled with big trapper hats, some silvery with a “Lost in Space” feel, and some in puffy nylon. Whatever the material, they looked sweaty and strange in the 85-degree Milan heat.

Prada was right about the clothes: They were a mixed bag of separates, ranging from lean, flat-front trousers with tone-on-tone belts in-house staples like eggplant, sludgy brown and forest green, to tailored jeans and jackets, to a lineup of straightforward suede overcoats and jackets. Tight-fitting turtleneck tops, and zip-front track jackets with a synthetic sheen ranged from the bright, flowery and psychedelic to the logo-ed, a carryover from last season when the designer experimented with new ways to say “Prada.”

There were short shorts, too — which were more like flat-front swimming trunks and only for the bold and the leggy — and piles of staples including a camel overcoat, two-button tailored jackets with newfangled Prada logo patches, and spread collar sweaters with leather panels at the front. Miuccia Prada carefully walked the line between constructing a new — and neater — look for her Millennial man, and remaining true to those brand staples that keep the euros flowing in.