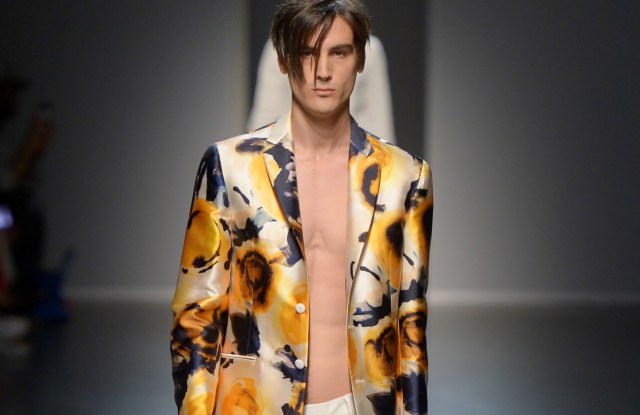 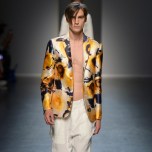 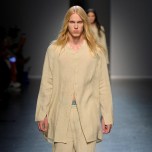 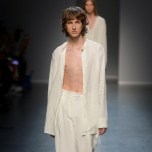 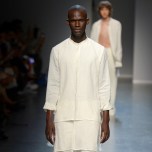 Sabàto Russo took inspiration from the 19th-century works of Greek-born writer Lafcadio Hearn, who spent several years of his career in Japan. Taking cues from the Japanese word “kokoro,” which means “the glimpse that catches the heart of things,” Russo’s collection for Sartorial Monk exalted both the effortlessness of Japanese elegance and Italy’s sartorial craftsmanship, resulting in coed designs with a loose and relaxed attitude.

Collarless linen suits were paired with wide-leg, pleated pants cropped at the ankle, while elongated shirts were combined with baggy shorts. The easy mood was enhanced by the models walking barefoot. The lineup featured neutral tones of sable, white and black, which highlighted the tailoring technique behind the construction of each item; for example, spotlighting the stitching on the back of a fluid jacket.

The color palette veered to brighter colors in the women’s lineup, in which floor-sweeping, bias-cut tunic dresses were rendered both in blue and olive green linen, as well as in silk printed iterations carrying maxi-floral yellow prints.