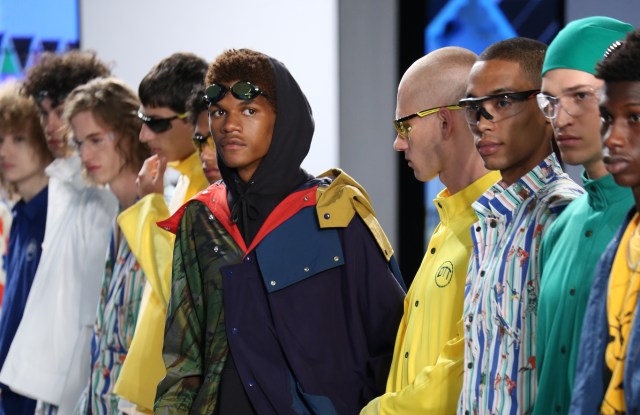 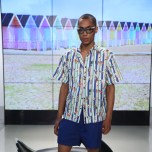 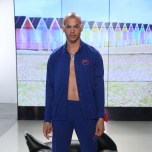 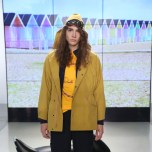 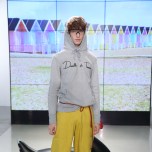 Summertime was the prevailing theme for William Watson and Vincent Oshin, the duo behind Death to Tennis. The designers, who are both British, were feeling nostalgic and a bit homesick so they looked to old beachside photographs to inform their lineup, which they said is one of their most colorful collections to date.

They leaned into the old and new, utilizing a color palette consisting of royal blue, purple, yellow, olive red and navy that brought to mind Ralph Lauren and Cross Colours from the Nineties.

These colors lent new life to core items such as graphic T-shirts, hoodies and the McCarthy jacket, which Justin Bieber popularized. They showed these signatures alongside cargo pants with minimal pockets, boxy button-up shirts, cotton parkas and shirt jackets. A long, hooded, colorblocked parka that grazed the ground was a standout.

The suit or matching set was another primary component. Models wore tracksuits, relaxed cotton suits and boxy shirts styled with slightly baggy pants. It was a nice take on tailored pieces that felt hip but not too trendy.

Death to Tennis is known for its original prints and this season it presented a camo pattern, a polo motif and a paint-splattered print.

Last season, the brand put on a show that offered what they called more elevated garments and it ended with a bride followed by an ailing warrior being held up by two medics. This simplified presentation felt more aligned with the Death to Tennis ethos and put all of the focus on the clothes, which are worth paying attention to.