The younger cousin to luxury tailoring brand Isaia was designed by Simon Spurr. 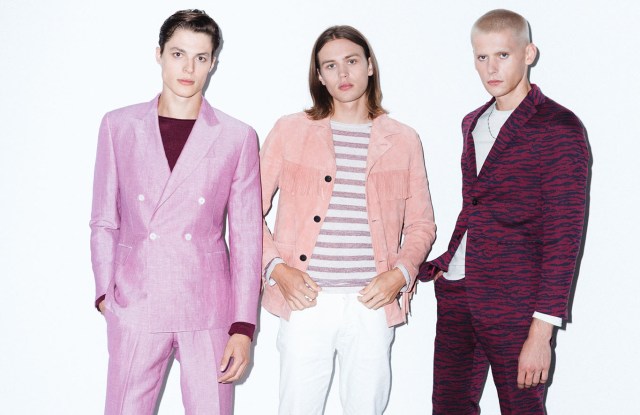 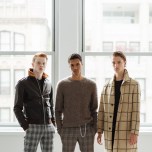 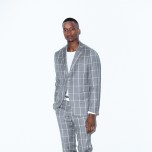 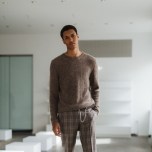 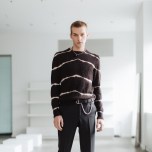 It’s a new day for Eidos.

The “younger cousin” of Italian luxury brand Isaia showcased its first full spring collection designed by Simon Spurr, who named creative director of the line last November, at an event at its Madison Square office Tuesday night. The lineup was called — appropriately — Contrast, which spoke to Spurr’s seamless integration of the company’s Neapolitan tailoring roots with what he described as “undertones of British punk.”

The English-born Spurr said, “Each season there will be a tailoring spine and then I’ll wrap something around the tailoring.”

This time around, that translated into Hawaiian-printed short-sleeve shirts, pink fringed suede jackets, indigo tie-dye jean jackets and Breton striped linen sweaters. Even the windowpane patterned suits were modernized. “We’ve done them in a younger way, printed them, they’re a little more graphic,” he said. Ditto for the silhouette, which was slim and youthful.

Isaia launched Eidos as a stand-alone brand in 2013, but Spurr’s addition has managed to elevate the label with an international point of view.