Kozaburo Akasaka merged cultural references in a way that felt novel and authentic. 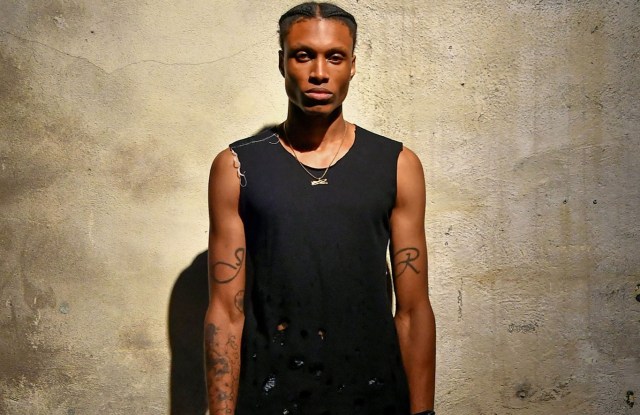 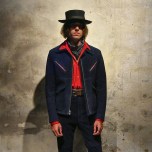 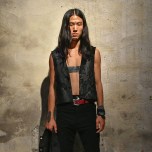 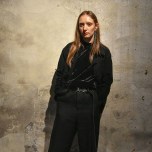 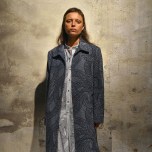 Although Japanese designer Kozaburo Akasaka already presented his men’s spring collection in July, he wanted to put on an event that brought the clothes to life. Akasaka is only two seasons in, but he’s already racked up some impressive credentials, having attended Central Saint Martins before receiving his master of fine arts from The New School’s Parsons School of Design, which is where Dover Street Market purchased his graduate collection. He then spent two years working for Thom Browne and made the LVMH Prize shortlist in fall 2017 and won the special prize in 2018.

Now he’s presenting his first spring collection, which he described as “transcendent.” The feeling he had while designing the collection is the same feeling he has while listening to Föllakzoid, a Chilean psychedelic rock band that performed a 20-minute set as his friends, men and women who were dressed in his fall and spring collections, watched from the audience.

The spring line builds on the Western references and tailoring established in his first collection, but merges them with unexpected details like kimono sleeves, Japanese indigo dyes and madras. He worked with hemp and loose weave cotton to construct oversized blazers and high-waisted, cropped trousers that had a slight flare. He broke up the collection with velvet sets in navy, turquoise and burgundy, and a brush stroke print that showed up on suits and shirts. The collection was concise but playful and achieved what Akasaka set out to do: merge cultural references in a way that felt novel and authentic.