The designer used a Cadillac concept car from 1959 as a centerpiece. 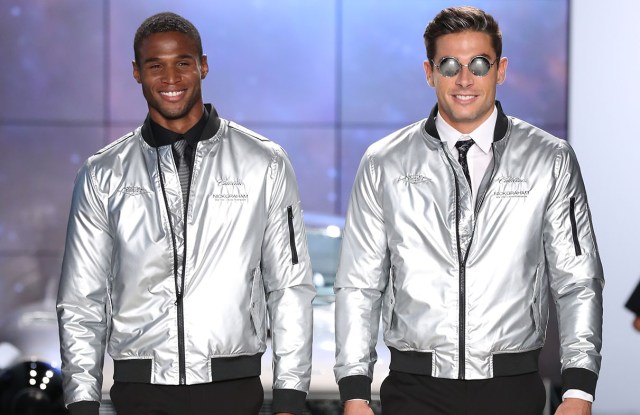 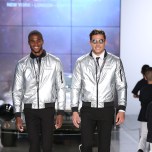 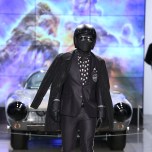 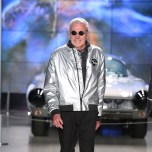 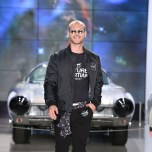 Nick Graham’s space odyssey continued for spring with a collection titled “1969.” He called it “one of the most transformational years in our history, a year that had both the first landing on the moon by Apollo 11 and also Woodstock, both of which were pretty transformative events in our culture.”

A rocket-shaped 1959 Cadillac Cyclone concept car — the only one made and dispatched from the company’s archives in Detroit — was parked on the runway and served as the perfect backdrop for the zesty show.

It opened with a troupe of boys dancing in “Martian in Training” T-shirts, followed by a parade of traditional sartorial clothing that was super fitted to the body with cropped blazers and tapered pants. Metallic bomber jackets with NASA logos set the tone for an array of intergalactic references that included alien faces printed on shirts and atomic symbols on the breast pockets of suit jackets.

In addition to the suits— which were offered in colorful, shiny solids and exaggerated men’s wear classic patterns — Graham introduced a lot more casualwear, including logo hoodies and sweat pants.

Although Graham’s obsession with space travel is nothing new, it continues to provide a fun story line and an uplifting message.