The designer broke the rules of authority figures. 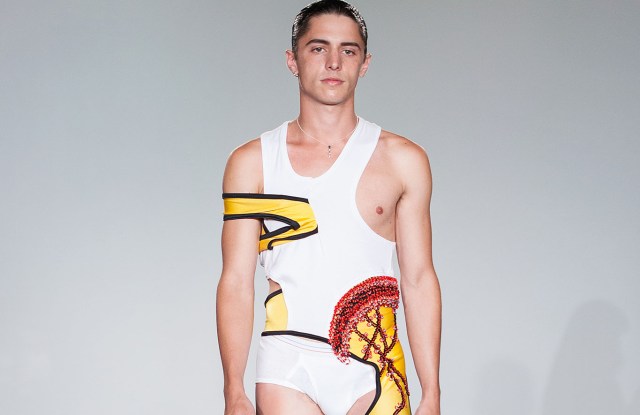 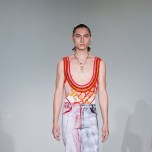 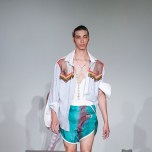 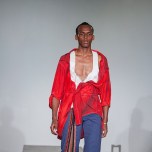 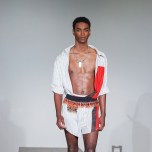 In his New York show, Neil Grotzinger of Nihl, the LVMH Prize finalist, broke traditional rules of masculinity with a collection that centered around bending the rules of those in authority.

He took police officers, football players and Wall Street brokers and turned their wardrobes on their head by “exploring the qualities of borderline ephemerality and downright queerness,” according to the liner notes.
A clear example was a pair of football pants made from fine white silk he paired with a handmade chain mail tank top. An authentic crinkled painter’s tarp — black on one side, green on the other with drawstrings included — was reinterpreted as pants and a top.
Grotzinger’s use of elaborate embroidery techniques appeared as embellishments on several pieces, including the sleeves of sheer tops and a sliced-open basketball short.
The use of revealing cutouts and jock straps throughout the collection added a level of eroticism while enhancing the masculinity of the offering.
“The concepts of masculinity can be very restrictive and I like to break the conformity of that,” Grotzinger said.
In this debut, Grotzinger gained a lot of attention by breaking the rules — in the right way.