The brand is opening its first retail store on Howard Street this month. 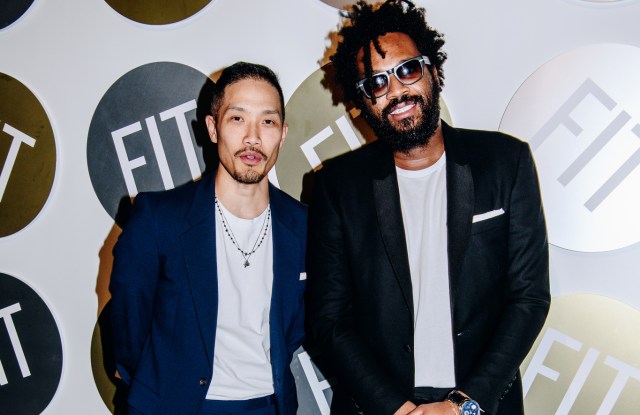 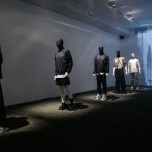 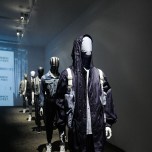 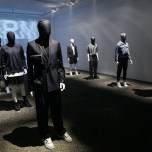 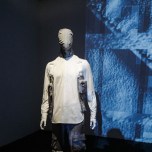 On the final night of New York Fashion Week: Men’s, the streetwear-skewed brand held a party and presentation at a space on Howard Street in Chinatown with its theme kept under wraps until the doors opened.

“This is our space,” said Dao-Yi Chow, who designs the label with Maxwell Osborne. “This will be our first retail store and this is a soft launch of the space.”

Throughout the location were mannequins dressed in the new collection — although Chow said the description “needs an asterisk by ‘new.’ Everything is recycled, upcycled or dead stock,” he said, and is intended to represent our new philosophy.”

While the philosophy may be new, the lineup revisited the duo’s greatest hits.

“It’s very much the foundation and our past and then looking into the future,” Osborne added.

The collection reflected that with a clear example being a supersharp black suit with built-in cargo pockets and statement zippers. A short-sleeve jumpsuit — also part of their DNA — was so elegant that it underlined the brand’s expertise in designing sartorial streetwear.

The designers also created a new PSNY logo that was another nod to their new beginning.

When the store opens later this month, Chow said the line will be sold directly to consumers and this collection will be available for preorder with delivery in September. The first salvo will be all men’s with women’s coming next, Chow said.

“The idea of doing a fashion show that’s gone in 10 minutes” doesn’t appeal to the designers anymore. “People are consuming in a new way,” Chow said.

With the streetwear market being inundated with T-shirts, hoodies, logos and prints, Public School’s spin on the market is a refreshing change.