This was the designer’s first men’s runway show in New York. 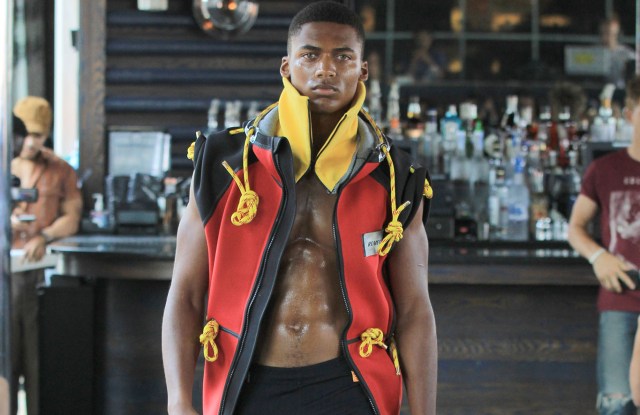 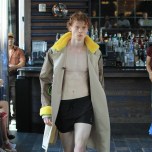 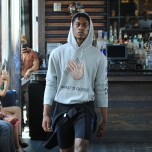 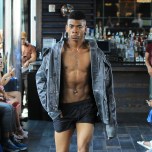 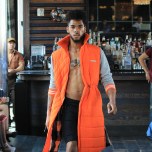 Romeo Hunte didn’t make any friends in his men’s runway debut in New York. His choice of a site away from the other venues and the complete chaos in the lobby of the Dream Downtown Hotel with hundreds of people attempting to access elevators to get to the rooftop site was bad enough. The fact that his team couldn’t get its act together to start his show until nearly an hour after it was planned had everyone eyeing the exits before the first look came out.

Once the show finally started, it was clear that Hunte had an underwater sports adventure as his overriding theme. He used neoprene from diving wetsuits that he reimagined as performance vests in bright colors and cropped jackets with exaggerated necklines.
Camo prints in cargo pants and bombers and the use of safety orange enhanced the streetwear flair. But while the line showed some promise, there were several missteps, including poorly executed tailoring and some unfortunate sequined embellished sweatshirts. But apart from that, the collection was youthful and carefree.