The collection had an American roadshow theme. 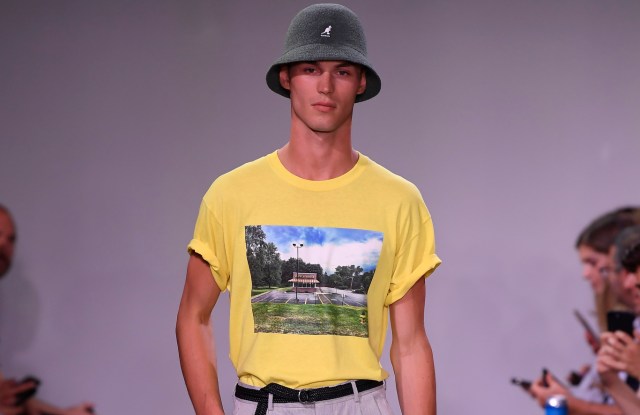 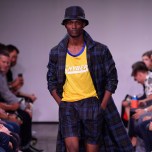 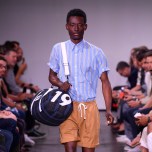 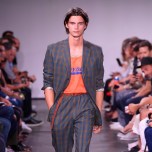 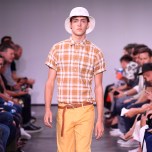 Todd Snyder closed New York Fashion Week: Men’s on a high note, sending out a feel-good collection full of bright colors and a youthful attitude that he titled “The American Tourist.”

“I played a lot with a mix of sartorial and campy references,” he said backstage before the show, where truffle popcorn and beer was served.

The opening look set the tone for the collection: a yellow T-shirt with a photo of a Waffle House that was taken by folk rocker Gerry Beckley of the group America. A series, all shot by the musician, are to make their debut for spring.

Snyder, the king of collaborations, unveiled other partnerships at the show including a line of terry-cloth bucket hats with Kangol, high-top tie-dye sneakers with Novesta, and perhaps the most striking, archival Hawaiian prints from Reyn Spooner that he used most successfully on an updated suit. “It’s the modern leisure suit,” he said.

His longtime partnership with Champion was also on display in bomber jackets, paneled sweatshirts and underwear. It even appeared as a side stripe on a plaid patterned suit.

Another play on the Americana theme came with the introduction of a new logo — “Snyder’s” in retro block letters — that he used to embellish athletic perforated tank tops.

Tie dye, one of the biggest trends of the season, was one of the leading prints the designer used in the collection. A standout was a pink and white fitted T-shirt that Snyder paired with high-waisted denim jeans to create a look that was cool and contemporary.

“It’s somewhat ironic,” Snyder said, “but it’s like what your dad used to wear that was sort of embarrassing, but is now cool.”