The collection blended athleticism with spirituality. 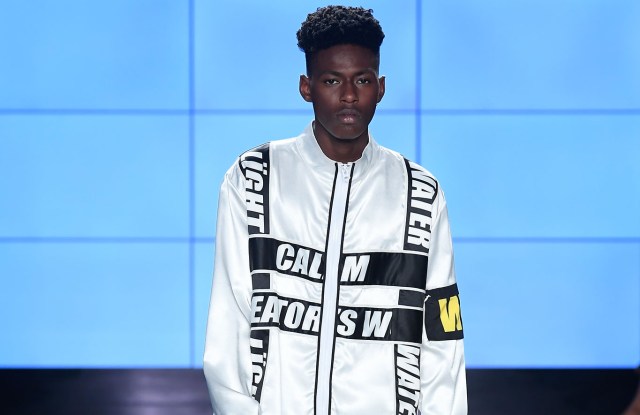 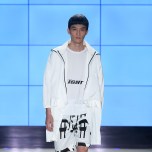 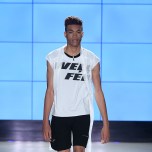 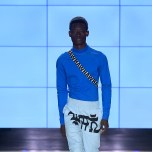 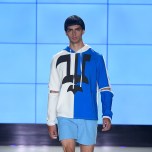 Since starting his brand two years ago, Julian Woodhouse, a former first lieutenant in the U.S. Army, and husband and codesigner Kirill Kabachenko have sought to create a uniform for their fashion army each season. This time around, the uniform was a mixture of Eighties BMX suits as well as a more-ethereal feel inspired by the rebirth of a phoenix.

The duo had spent two months in Asia and Woodhouse said the vision for the season came to him during a meditation.

The use of silk — a first for the brand — in airy parkas and ultralight cargo pants helped add a spiritual side to the collection while the motor racing references gave the lineup a tough edge.

The color palette of oranges and burnt reds together with the painterly phoenix print also combined to give an Eastern feel.

For its runway debut, Wood House Army’s mix of spirituality, athleticism and street edge proved to be a successful formula.