Looks with a military edge have been striding across the Paris runways, although they’re more of the Boy Scout rather than the Général de Gaulle variety. 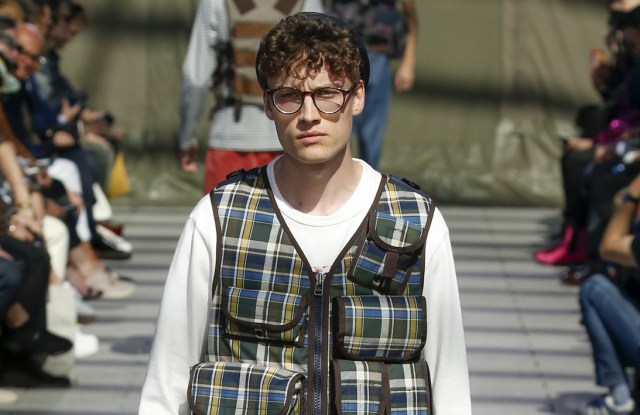 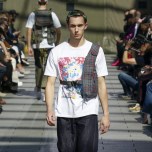 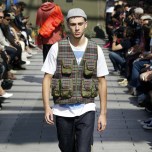 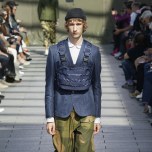 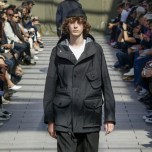 Forward, march! Looks with a military edge have been striding across the Paris runways, although they’re more of the Boy Scout than the Général de Gaulle variety, with lots of knee-length shorts, flak jacket/fishing vest hybrids (a major trend on the men’s runways) and fresh takes on camouflage.

Junya Watanabe charged ahead with the idea for his latest collection, which unfurled against a backdrop of a long, slightly droopy, Army tent and to some foot-tapping military tunes, including the theme song from “The Bridge on the River Kwai.”

Looks included pinstripe shirts, gingham or plaid jackets with bright camouflage patches on the elbow, cropped cargo jeans and skinnier cotton trousers, too. To-the-knee shorts were done in traditional suiting patterns, while models wore vests dotted with pockets large and small. One of those vests even had what looked like a solar panel and an iPad pocket. Other bags, large and small, were slung across the chest or back in primary shades of red, blue or yellow.

While bright camouflage — we get the oxymoron — may have been the prevalent pattern, it certainly wasn’t the only one: The collection ended with a flurry of T-shirts, printed with thick or thin stripes, yellow and green fruits, abstract designs, fighter jets and words including Boom and Bang.