The collection with its techno-hippy, crafty vibe and strong streetwear slant was bold and showy but also very wearable. 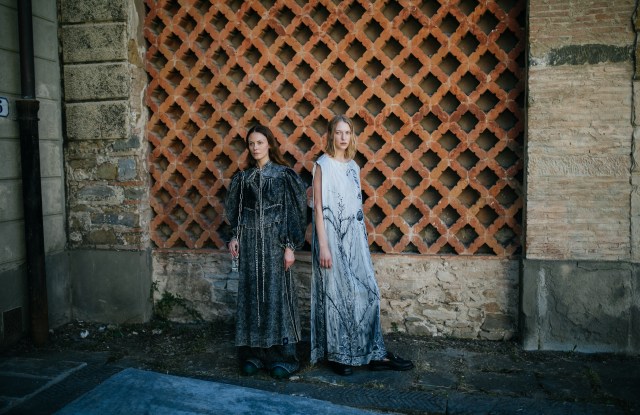 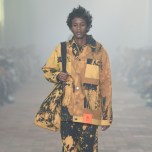 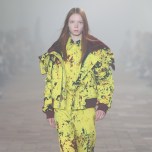 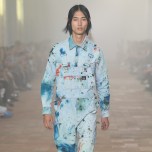 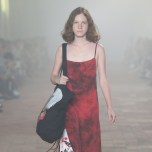 “How do you price a piece of painted apparel when a painting by him goes for $150,000?” pondered one starry-eyed buyer exiting the first show by Pitti Uomo special guest, Los Angeles-based artist Sterling Ruby. It’s a fair point, with Ruby’s move potentially set to open the floodgates for artists doing fashion lines rather than simply collaborations with designers. After all, noted the same buyer: “If athletes can do it, why can’t artists?”

But judging from the collection — and comments made backstage by Ruby, who said he found the concept of someone buying his clothes “in a weird way more liberating” than the idea of someone buying his art to hang on their wall — these are simply pieces for people — men and absolutely women — to wear.

And having cut his teeth on his collaborations with Raf Simons (especially in his Calvin Klein days), who was in attendance alongside other noteworthy supporters including Virgil Abloh, there was a real commercial potential to his clothes, which were bold and showy but also very wearable. “It’s fun to think of something being worn out in the world, in movement, and that other people can see,” he said.

And they can, with looks from the direct-to-consumer collection already available on Ruby’s web site after the show (with the prices), including unique pieces, and a portion of it set to drop on Ssense on Friday. Ruby, who for now is not into the idea of seasonal collections, said he also plans to release designs serially “with people we like.”

Cue collection: a techno-hippy, at times shamanic-flavored affair with a streetwear slant. And a healthy dose of California coming through in the flared pants, earthy, tartan prairie girl dresses with long, tiered skirts, and the beautiful Native American-style ponchos in patchworks of quilted fabrics.

The crafty pieces like the handmade cable-knits contrasted with the industrial edge of the line’s white rubber boots and military-style chunky rubber-soled shoes.

A large part of the collection was total-look outfits, with the same fabrics used for the pants, shirts and oversize bags, often animated with Sterling’s signature acid-colored splashes and cloudy ink stains.

A tartan tailored pant, matching shirt and car coat had a more classic, sartorial attitude, save for its sharp green color treatment.

He also experimented with denim, like the acid wash denim overdyed with neons and the voluminous looks in patchworked, heavily stonewashed denim edged with furry beige fringes, like a sheepskin coat.

Most of the printed silks used on long-sleeve T-shirt dresses, depicting weeds and candles, were taken by Ruby’s wife, Melanie Schiff, while works by Ruby, including a series of skulls in wigs and shots of other sculptures reproduced as flat transfers, covered the bags and clothes. Which all brings us back to that question of value.