Arashi Yanagawa continues to anchor his shows to his obsession for industrial music, but there were plenty of modern wardrobe classics in the spring 2020 range. 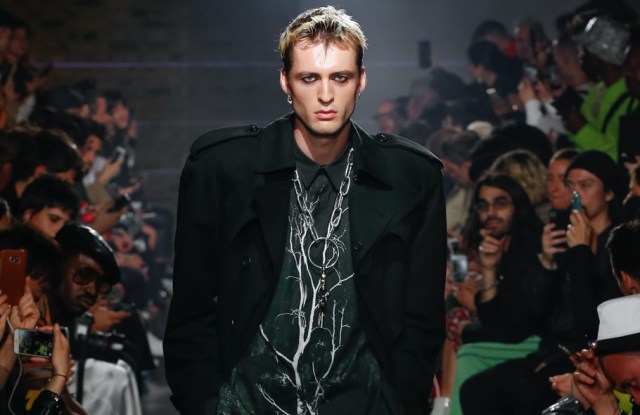 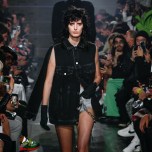 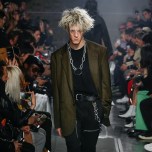 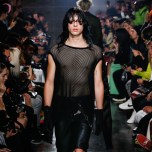 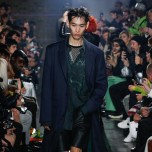 He took over the same underground, tunnel-like East London venue as last season, dressing it up in laser curtains and inviting EBM band Dicepeople to perform live.

But take out the chains, skinny leather pants and messy rock-star hair and you get a collection filled with modern wardrobe classics — the perfect oversize trench, an expertly cut blazer or a deconstructed denim vest — that can appeal to a far broader luxury audience outside Yanagawa’s underground world.

Tailoring was particularly strong and came with big, exaggerated shoulders. Yanagawa also experimented with proportion to great effect, splicing the sleeves of textured knits and cool, oversize trench costs, cutting off panels from the backs of blazers or adding large pleats on classic herringbone pants.

The mix of fabrics, as in a wool coat with a sport nylon hood, also stood out.