The collection was small and the clothes were lovely, although the wigs and masks were creepy. 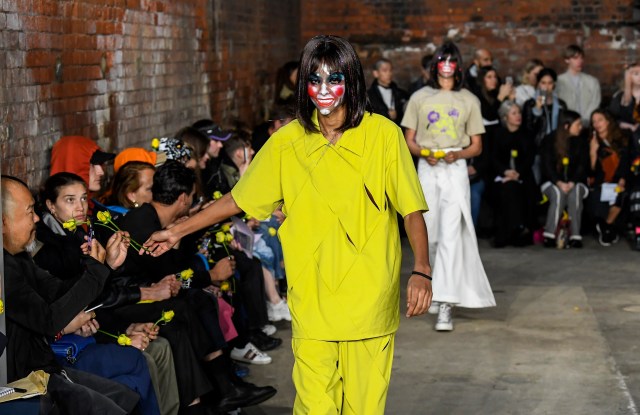 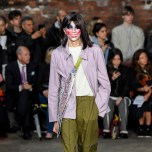 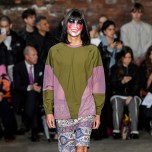 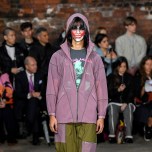 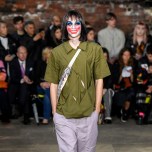 Paria Farzaneh’s collection of breezy suits and patterned paisley fabrics was in tune with London’s spring mood. The city’s men’s designers haven’t been afraid to flash their inner dandies, working pastels, brights and softly draped fabrics into their collections. No room for minimalism here: A joyful approach to dress is emerging on catwalks all around town.

Farzaneh is an earnest one, questioning societal conventions, quoting Marshall McLuhan in her liner notes, and having models pass out yellow roses to guests at the show’s finale. Appropriately, or perhaps ironically, she called the show Virtue Signalling.

Models each wore similar masks and wigs, giving them a look resembling a maniacal Mary Tyler Moore or Sandra Bullock as they made their way around the raw, cavernous space inside a former hydraulic power station in the outer reaches of East London.

They wore loose paisley patterned trousers that gathered at the ankle or lavender jackets that had been cut and slashed to reveal the swirling print fabric. Suits came in a patchwork of lavender, olive and paisley while other trousers were waisted and wide with breezy panels at the sides.

The collection was small and the clothes were lovely, with or without the extras — although the wigs and masks were creepy, and distracting. Asked why she used them, Farzaneh replied: “It’s about who’s underneath.” Maybe madam should just stick to making clothes and staging shows, rather than spewing pop psych clichés.