Re-creating 15th-century techniques on a “20p budget,” the duo crafted the collection while exploring ways to expand the business. 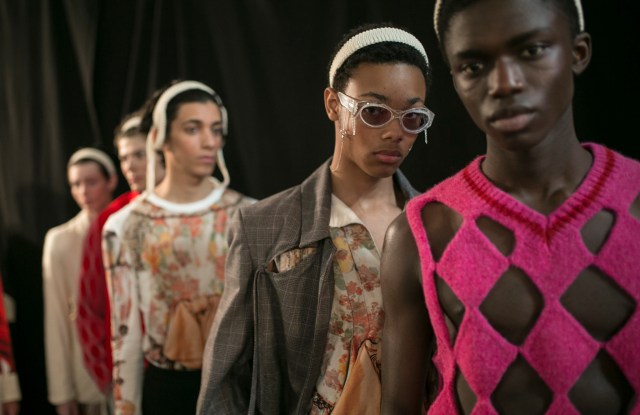 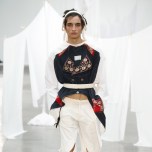 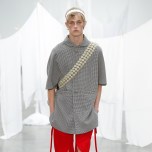 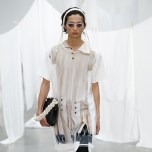 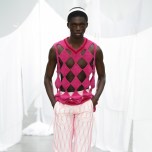 When Stefan Cooke was modeling for Craig Green’s look books, he always looked zen. He was so excited after his show, however, that his partner in life and work, Jake Burt, had to stop him from talking too quickly and running off script every 30 seconds.

Cooke has every right to be excited. For its first solo show since graduating from Fashion East, the brand presented a balanced and beautiful collection based on theater archives and New York’s vibrant scene, where it visited earlier this year.

“Essentially, it’s about acting, costume, being someone and us learning how to be someone in the past 15 months. You have to fill so many roles when you are starting a business. So, we were thinking about acting and adapting, that’s why we ended up looking at costume,” said Burt, summing up Cooke’s ramble in more logical words. “You have to be a certain person, but in reality you still live in a flat with two other flatmates. We tried to put that into the clothes.”

They did research in a few archives and discovered beautiful 15th-century techniques, but they only have “a 20p budget” to replicate that. So they instead printed details of court dress or corsets onto inexpensive fabrics, a visually deceptive technique Cooke is known for from his graduate collection at Central Saint Martins, which helped him win the H&M design award.

What’s new in the collection is a more diverse offering, as well as a tulle hand-tied craft technique that is a reference to conservation lace that is used to prevent the decay of old fabric, again, a “20p budget” trick that worked.

Accessories played a big part in the LVMH Prize-shortlisted brand’s collection, too. They worked with TD-Kent on eyewear, Marko Bakovic on shoes and showcased updated versions of their bags, such as a leather style with a chained button shoulder strap or a handbag with oversize handles.

“We are trying every way we can find to expand the business,” added Cooke.